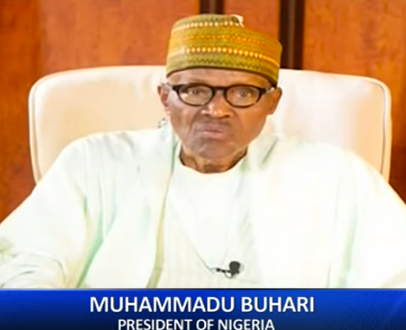 In a 6-minutes live broadcast this morning, President Buhari thanked God for returning home safely and also thanked everyone for their prayers.

He spoke about the negative and divisive comments on social media, particularly those calling for the separation and division of Nigeria. He said such comments have crossed our national red lines. He said every Nigerian has the right to stay anywhere in the country. He said the Federal government will not allow some persons cause problems in Nigeria and then run away leaving others to suffer the consequences of their actions. He charged security agents not to allow the separationist succeed in their campaign. He said the Nigerian security agents will henceforth intensify their fight against Boko Haram, Kidnappings, ethnic violence, farmers versus herdsmen fightings and others vices.

He said he remains resolutely committed to ensuring the betterment of Nigeria. He promised economic security and political evolution and integration. He expressed delight in his return back home.

Previous In 2003, Ojukwu Agreed With Me That Nigeria Must Remain United – President Buhari
Next Lagos Attributes Ilashe Boat Mishap To Overloading, Operation Of Illegal Jetty: Confirm