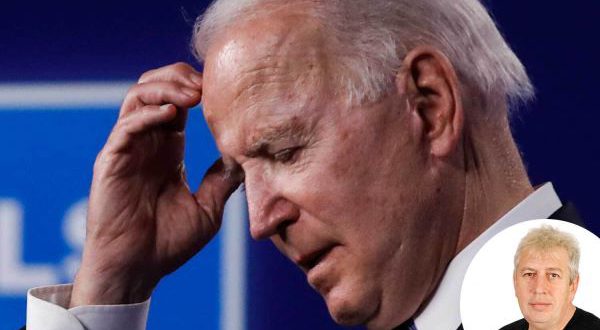 The White House on Thursday announced plans for the largest-ever release of oil from the United States’ strategic reserves.

It said in a fact sheet that it would release an average of 1 million barrels per day for the next six months, resulting in a total release of about 180 million barrels.

In remarks on the plan on Thursday, President Biden called on the oil industry to produce more in addition, while also criticizing industry profits.

“Enough of lavishing excessive profits on investors and payouts and buybacks when the American people are watching, the world is watching,” Biden said.

“This is not the time to sit on record profits. It’s time to step up for the good of your country, the good of the world, to invest in immediate production that we need to respond to Vladimir Putin, to provide some relief for your customers, not investors and executives,” he added.

This has caused headaches for the Biden administration, which was already grappling with high consumer prices that have fueled GOP attacks. Oil supply had not rebounded to meet demand following coronavirus lockdowns, keeping prices elevated.

The move on Thursday follows prior releases from the Strategic Petroleum Reserve, including 30 million barrels earlier this month.

“These barrels will be a wartime bridge to additional U.S. production and other production that we expect later this year,” a senior administration official told reporters, noting that the plan was coordinated with U.S. allies.

The official said that the new, joint efforts would supply “well over” 1 million barrels each day to the market.

The announcement was part of a broader plan released on Thursday that the White House said would address rising domestic gas prices.

The administration is putting pressure on oil companies to ramp up production on federal lands where drilling permits have been approved but unused.

Additionally, the administration is putting pressure on oil companies to ramp up production on federal lands where drilling permits have been approved but unused.

The White House fact sheet said that Biden would call on Congress to approve legislation that would “make companies pay fees on wells from their leases that they haven’t used in years and on acres of public lands that they are hoarding without producing.”

The senior administration official described it as a “use it or lose it” policy.

Such legislation, however, would face high hurdles given Democrats’ extremely slim majorities in Congress and the Senate’s 60-vote threshold for most votes.

The White House also said that Biden would authorize the use of the Defense Production Act to support the production and processing of minerals for batteries used in clean energy and electric vehicles, part of an effort to transition the U.S. to clean energy overtime and reduce dependence on oil.

Specifically, it will boost production of lithium, nickel, cobalt, graphite and manganese for large-capacity batteries.

The Defense Production Act gives the president the ability to boost production of certain supplies.

Officials did not offer specific estimates for how much the strategic reserve release would impact gas prices or when Americans could expect to see prices come down.

Later Thursday, Biden estimated that prices could be reduced by 10 cents or 35 cents per gallon, but said the impact his move will have is not yet known.

“It could come down fairly significantly,” Biden told reporters.

The White House has grappled with how to address rising gas prices and broader inflation over the last several months, which officials say will be exacerbated by Russia’s war in Ukraine and resulting sanctions on Moscow.

Biden earlier this month announced plans to ban U.S. imports of Russian energy, and European nations have also pledged to reduce their dependence on Russian gas and oil.

Polls show the public increasingly concerned about inflation, including rising gas prices. An NBC News poll taken before Biden’s trip to Europe last week showed that 83 percent of Americans worry that Russia’s war in Ukraine would increase the price of gas and other goods and services.

The White House has tried to point the finger at Russian President Vladimir Putin, dubbing the surge in gas costs “Putin’s price hike.”

But Biden’s approval rating dipped to the lowest level of his presidency in the NBC poll, and it found that 63 percent disapprove of his handling of the economy in particular, suggesting that the American public is taking out frustrations about gas prices and other inflation on the president.

Last year, the U.S. consumed about 20 million barrels of oil per day.

Oil is traded globally, so the market is shaped by the entire world, not just the U.S. While global factors, rather than White House actions, have been largely responsible for the price hike, Republicans nevertheless doubled down on their criticism of Biden’s energy policies in the wake of Thursday’s announcement.

“President Biden has once again resorted to tapping into the nation’s oil reserve to try and cover up the ramifications of his disastrous anti-American energy policies,” Sen. Steve Daines (R-Mont.) said in a statement.

Frank Macchiarola, senior vice president of policy, economics and regulatory affairs at the American Petroleum Institute oil lobbying group, acknowledged in a statement that the move could provide “near-term relief” but said that it is “not a long-term solution.”

The administration likewise characterized the move as a “bridge to greater supply in the months ahead” and said it will use the revenue from the oil sold to restock the reserve in the future.

However, companies have been hesitant to ramp up production in recent months, as events like the coronavirus have injected volatility and uncertainty into the market.

Charles Igbinidu is a Public Relations practitioner in Lagos, Nigeria
@https://twitter.com/ionigeria
Previous Bruce Willis is diagnosed with degenerative brain condition to give up acting
Next Putin threatens to turn off Europe’s gas supplies TOMORROW unless it’s paid in roubles