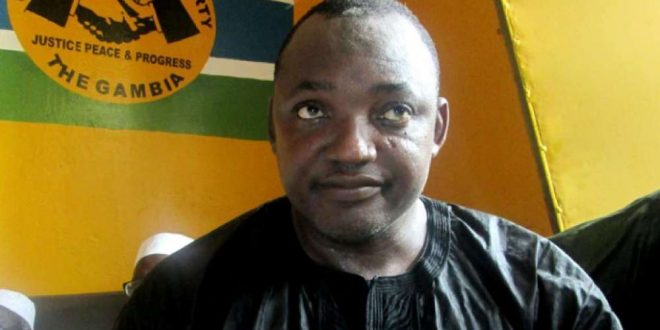 The ECOWAS Commission has said its coalition force in The Gambia would remain for the next six months, as requested by President Adama Barrow.

Mr Marcel de Souza, president of the commission  said this while briefing members of the diplomatic corps and partner organisations on the political situation in The Gambia on Tuesday in Abuja.

De Souza, however, said that retaining troops in that country would be decided by the Chiefs of Army Staff.

“By the end of the week, the forces will fall back.

“Barrow would like us to have a sufficient force on ground for about six months; we will see which troops will be withdrawn and which would be retained.”

He said that the ECOWAS Mission in The Gambia was to secure peace contrary to reports that there was a military force in the country after former President Yayah Jammeh’s departure.

“We needed to have a specific strategy and prevent a single shot being fired and bloodshed.

“Orders were given for forces to move to Banjul; it was a force to secure the situation, the environment and the life of Barrow, not a military move.

“What if there was an assassination attempt on his life, it will question the whole process.

“We are waiting for a report, by today or tomorrow we will be able to indicate that Barrow will return,” he said.

The commission’s president said that member countries handled the costs of maintaining the troops.

He also confirmed that the Gambian armed forces welcomed the ECOWAS coalition force.

He reiterated that Jammeh departed The Gambia for Equatorial Guinea on Friday after final mediation efforts by presidents Mohamed Ould Abdel Aziz of Mauritania and Alpha Conde of Guinea.

He also said that the requests made by Jammeh which were also contained in the joint declaration by ECOWAS, AU and the UN were under review.

He said the requests had yet to be validated by the authorities.

ECOWAS issued an order for military intervention in The Gambia to oust Jammeh at the stroke of midnight Jan. 19 when his mandate ended