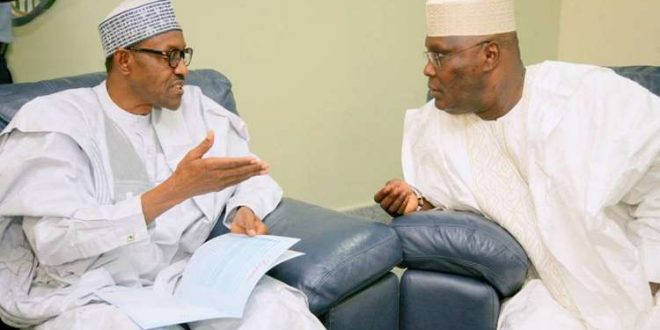 Following the decision of the Peoples Democratic Party, (PDP) to seek judicial interpretation on whether President Muhammadu Buhari perjured by claiming that his West African School Certificate was with the military, the Presidency on Monday came out smoking accusing the main opposition Party of embarking on moves to “sow division and chaos’, in the country.

Confirming the decision of PDP to go to court, the party’s National Publicity Secretary, Mr. Kola Ologbondiyan said, “the president deposed to an affidavit that his certificates were with the Army; but the Army denied the claim. The court will have to determine whether candidate Buhari perjured, and if he did, whether he is a fit and proper person to hold high office. Secondly should he be allowed to use perjury to qualify to contest again?”

However, in a statement on Monday, the Senior Special Assistant to President Buhari, on Media and Publicity, Mr. Garba Shehu said, “They are attacking the courts and the police, they are molesting INEC commissioners. They are theatrical in spreading falsehoods against persons including the President”.

“This certificate story is an old one. As Femi Adesina stated clearly, it is a settled issue in the courts. To approach the court to pursue a matter long settled by the temple of justice is an abuse of the judicial system. It is shameful, disgusting and disgraceful.

“It is clear to all at this time that the PDP, facing an imminent humiliating defeat wants to sow division and chaos by seeking the destruction of the institutional structures that support our young democracy.

“By doing these, they assume that they can take away attention from the discussions on issues gaining momentum in the country; the issue of internal security which has been jeopardised by years of near-zero investment under 16 years of the PDP; the provision of long-delayed infrastructure which the President is pioneering; corruption to which the PDP is incurably tied and the sustenance of the prevailing good days in the economy, a business-friendly government working day and night, creating more jobs and affordable life for the poor.

“This election isn’t about the settled issues of certification.

“No matter how honeyed their sweet words, don’t believe them.

“Their evil record can never be washed away. The PDP set a record of murdering opponents of government and corruption on a scale never seen anywhere before.

The PDP, however believes that a case of perjury could be made against the President and according to Ologbondiyan, “we leave the matter for the court to decide”.