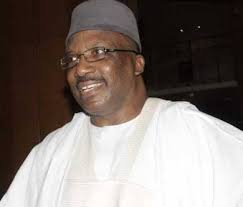 How Presidency marred arms probe to shield Dambazzau and Buratai


Facts have emerged that high-wired politics,  power play, intrigues bordering on vendetta and factional interests within the Presidency have marred the ongoing probe into the arms procurement between 2007 and 2015.

It was  gathered that not many even within the Air Vice Marshal (AVM) John Odeh-led Presidential Arms Probe panel were pleased with the eventual outcome of the report, which was said to be heavily influenced by external forces.

However, the report which did not go down well with some of the friends and critics of the All Progressive Party (APC)-led government, who raised concerns about the exclusion of the former COAS and current Minister of Interior, Lt-Gen. Abdulrahman Dambazzau (rtd).

Some retired and serving military insiders expressed shock that only Ihejirika and  Minimah were singled out for probe when the Terms of Reference (TOR) for the investigative panel could have easily indicted all past service chiefs.

They noted that before the probe panel report was released, there were alleged moves by some vested interests to shield Damazzau from any foreseen indictment.

The concerned stakeholders were particularly miffed that the  Minister of Interior was being spared from probe “due to heavy pressure from the Presidency and other interested parties”.

“There is no how you can say Ihejirika or Minimah is guilty without indicting their predecessors and even successors as long as the military system, which used to be insular and self-regulatory, is subjugated to external scrutiny, except we want to simply deceive ourselves or punish those we don’t like their faces,” a senior officer said.

In the same vein, one of the retired generals explained that the systemic corruption in the military over the years ensured that all the service chiefs would be guilty by default rather than choice and “punishing anyone would be seen as a selective justice”.

The source said: “There are practices within the military system that have come to be accepted as the norm over the years whereas in actual fact they are corrupt practices. However, the problem is that these officers inherited the system and carried on with it and not by deliberate acts of choice. The only difference between one service chief and the other could be the degree of their greed.

“For example, the alleged N1 billion deductions by former service chiefs  may be true but not up to that amount and this, if you check down the line, might have some systemic issue with it and that was what the former Chief of Air Staff (CDS), Air Chief Alex Badeh (rtd) was explaining when his case was raised”

“No one was expecting the administration to try to humiliate these service chiefs but might have worked out a way for them to return whatever that has been fraudulently taken quietly. Why I am saying this is because this has been the practice even down to the time President Muhammad Buhari was the military Head of State.”

This was echoed by another senior officer and military insider, who explained that “it is possible to get a lot of money from what I can call ‘shave off’ from excess on salaries and allowances.

The officer disclosed that the service chiefs had to adapt to “this survival instinct” when the former President Olusegun Obasanjo tried to cripple the military by denying them funds.

According to him, some of the offences the service chiefs are being accused of have been “the usual practice” within the Armed Forces.

The source said: “In fairness to the service chiefs, they often  spend most of the money realised this way to take care of infrastructure and development projects which governments continue to neglect budgeting for since the days of Obasanjo. Otherwise, the decay in barracks would have resulted in total collapse.

“Obasanjo wanted the military so crippled.  In the process of exercising ingenuity to cater for the situation in the barracks, the service chiefs also take care of themselves materially. Truth is they did not pocket everything as people and the present government is painting the situation and victimising the ones they hate among the former service chiefs.  It is a usual practice.”

“Also,most of what you call ‘welfare’  (bonus or gifts) to officers, soldiers,  friends, journalists etc also come from these sources as such monies are not budgeted or expected to be accounted for,” he added.