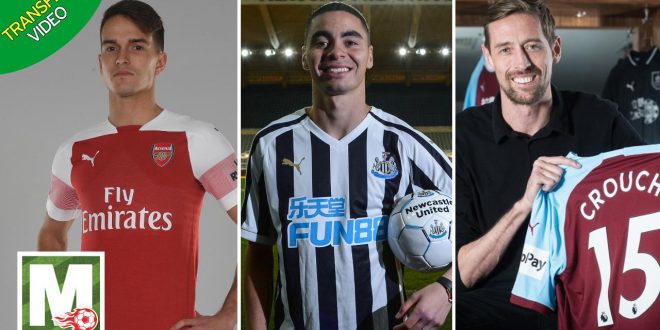 Premier League clubs spent £180million during the January transfer window – the first time the figure has fallen since 2012, according to football finance experts at Deloitte.

Nearly a third of the total expenditure was accounted for by Chelsea’s £55million outlay for Christian Pulisic from Borussia Dortmund.

However, a number of the major transactions this January saw players leaving Premier League sides.

Tim Bridge, director in the Sports Business Group at Deloitte, said: “As we approach a decisive phase of the season, Premier League clubs’ January transfer spending has been relatively muted in comparison to what we have seen in previous years.”

January spending was at £225million in 2011 but fell to £60million in the following year.

The £180million transfer bill means total gross spending by Premier League clubs in the 2018/19 season is an estimated £1.4billion, the second-highest season ever following record spend of £1.9billion in 2017/18.

Other findings from Deloitte included the so-called Big Six accounting for 43% of the January expenditure, lower than last January when this figure stood at 62%.

Equally, those in the bottom six of the table spent £20million – compared to £70million in the same period last season.

Charles Igbinidu is a Public Relations practitioner in Lagos, Nigeria
@https://twitter.com/ionigeria
Previous U.S. imposes visa restrictions on Ghana
Next Elections: Nigeria has no plan to shut the internet, says ONSA