Pregnant Rihanna flaunts her growing bump in ANOTHER scantily-clad look

Rihanna has been stunning us all with her maternity wardrobe and her latest red carpet appearance might just be her best yet.

The singer, 33, appeared on the red carpet for her latest Fenty Beauty and Fenty Skin launch on Friday alongside boyfriend A$AP Rocky, also 33.

Rihanna dressed her growing bump in a cropped top made of strings of green sequins, which was also completely backless.

The halterneck top left her stomach visible through the strings, with Rihanna opting for a series of looks of late that let her bump take centre stage.

The businesswoman paired it with a similar pair of trousers made entirely of silver sequins, which was also sheer underneath.

She and A$AP, real name Rakim Athelaston Mayers, looked more loved up than ever as they posed for the waiting photographers and indulged in a spot of PDA.

The pair, who are on the countdown to becoming first-time parents, cuddled on the carpet, with Rih seen beaming with joy as A$AP wrapped her in an embrace.

He was seen tenderly placing a kiss on Rihanna’s shoulder as he put his arms around her bump from behind, before whispering in her ear.

Rihanna and A$AP had previously kept their relationship relatively low-key, but announced they were expecting at the end of January. 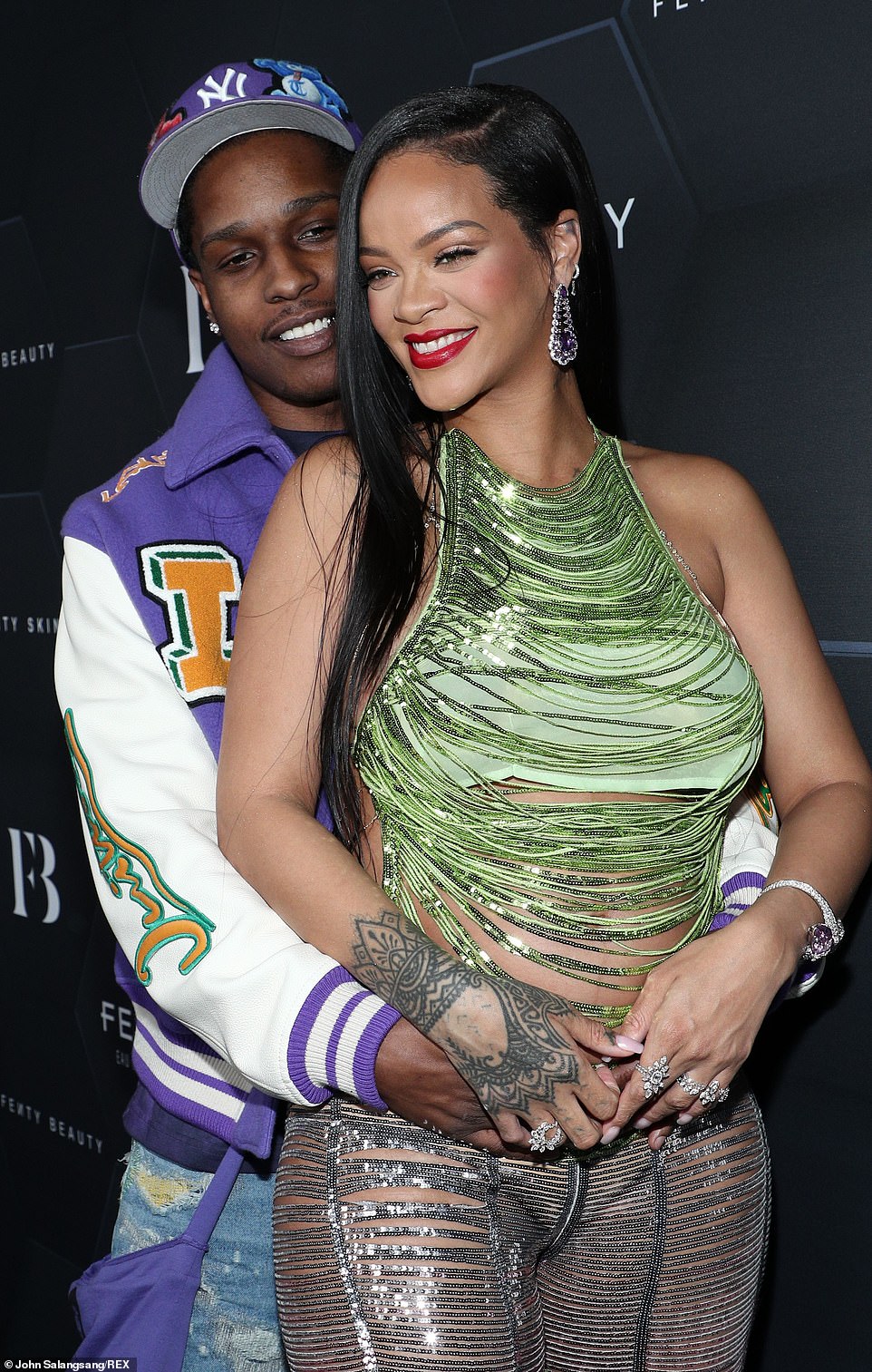 Parents-to-be: The star, 33, was joined by her boyfriend and the father of her child, A$AP Rocky, 33, who affectionately embraced her baby bump

The couple, who have been dating since November 2020, posed for a stunning photoshoot in the snow in New York, with Rihanna leaving her pink puffer coat open to unveil her pregnant belly for the first time.

They have yet to announce a due date or whether they are expecting a boy or girl, but one thing for certain – the little one is sure to inherit some very fashionable and musical genes from both their mother and father.

Charles Igbinidu is a Public Relations practitioner in Lagos, Nigeria
@https://twitter.com/ionigeria
Previous Russia ‘set to invade Ukraine on Wednesday’, intelligence report suggests
Next 2023: “I told President Buhari I want to replace you and I don’t want to offend you, Says Tinubu