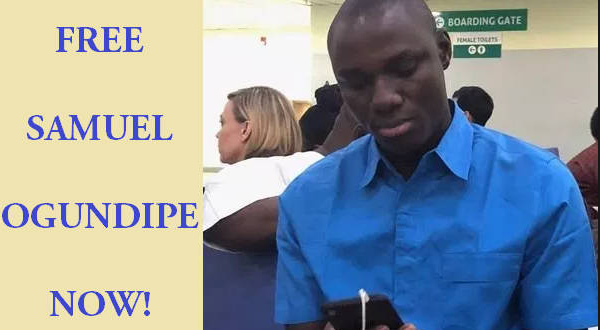 Pakistan Press Foundation (PPF) in a letter to Muhammadu Buhari, President of Nigeria has expressed concern over the arrest of Premium Times newspaper reporter, Mr. Samuel Ogundipe on August 14.

PPF also called for decisive action to promote and respect freedom of expression and the press. The authorities have also been urged to launch an investigation into the matter and hold the perpetrators accountable.

According to Media Rights Agenda (MRA), Nigerian Police arrested and detained the reporter at the Force headquarters in Abuja for not revealing the source of his information for a news report.

The Special Anti-Robbery Squad (SARS) of the Nigerian Police reportedly invited Mr. Ogundipe to its headquarters in Abuja and arrested him on his arrival. Then he was transferred to the IGP Monitoring Unit at Force Headquarters, where is he is currently being detained. It is also reported that police has also frozen Ogundipe’s bank account without a court order.

The Editor-in-Chief of the newspaper, Mr Musikilu Mojeed and education correspondent Ms Azeezat Adedigba were also manhandled and detained. Ms Adedigba was freed after three hours, while Mr Mojeed and Mr Ogundipe were taken to SARS headquarters where Mr. Ogundipe was forced to write a statement.

MRA Programme Director, Mr. Ayode Longe in a statement said to the police: “If you have any actionable case against Mr. Ogundipe or any other journalist, you should follow the due process of the law; you should go to court and obtain a warrant if you have any evidence of criminal conduct by the journalist that necessitates his arrest and detention and the freezing of his bank account, rather than arresting and clamping him into detention in a manner reminiscent of the dictatorial practices that characterized the first coming of President Muhammadu Buhari as a military Head of State.”