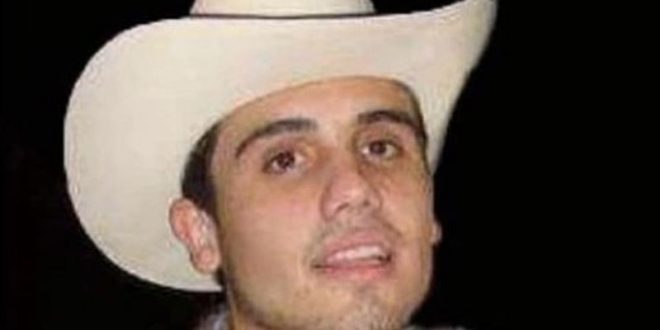 An elite police officer who helped arrest the son of El Chapo was shot 155 times in a brutal car park execution.

The 30-year-old officer, identified only as Eduardo, is reported to have been killed outside a shopping centre in the city of Culiacan.

He was promptly released.

According to local media, the victim was a member of the operation launched by the Culiacan authorities to arrest El Chapo’s son and extradite him to the United States.

Reports said that Guzman was detained on October 17 during a confrontation between the police and supporters of the Sinaloa Cartel in the city of Culiacan.

Alleged gang members loyal to Guzman then caused chaos on the streets and El Chapo’s 28-year-old son was promptly released by the authorities, according to local media.

The footage shows the moment a red car follows a white car into the car park before at least two gunmen reportedly shoot the cop 155 times.

Reports said the victim became a National Police officer in 2013 and last held a position in the security outfit for the undersecretary of public security Carlos Alberto Hernandez Leyva.

It is unclear if the cop was on duty at the time of the attack although he was reportedly carrying a gun with him.

The secretary of public security Cristobal Castaneda Camarillo and his undersecretary Hernandez Leyva both showed up at the crime scene on the same morning to supervise the investigation.

The local authorities are investigating the incident although they have yet to establish whether a criminal gang was behind the alleged assassination.