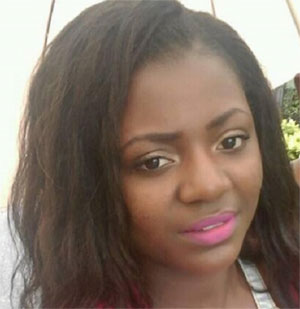 The police have said they have concluded arrangements to prosecute the suspected killer of Joy Odama, a 200 level student of Cross River State University of Science and Technology.

She was allegedly murdered by one Alhaji Usman Adamu on December 20, 2016 at his guesthouse in Karmo, a community ithe Federal Capital Territory.

Addressing journalists at the Force headquarters on Thursday in Abuja, the police spokesman, Jimoh Moshood, said the force had concluded investigation into the murder, stressing that justice would be done.

He said, “I want to assure you that what the police have done is a very thorough job that can stand the test of trial in court against the accused person.

“As I speak, the accused person is still in police custody and that is very important to everyone to ensure that justice is done.”

Moshood however failed to parade the suspect contrary to the usual practice.

He stated that another autopsy had been carried out on the deceased, noting that the first one was inconclusive hence the need for a fresh autopsy report.

According to him, the second autopsy carried out by a police pathologist,

Dr. Wilson Akhinwu indicated that “Joy died from cabon monoxide poisoning from generator fumes, which was contributed to by a pre-existing cardiomyopathy.”

He added that the case file would be sent to Federal Director of public prosecution for legal advice and further action by the police investigation teams.

Jimoh argued that the report did not exonerate the suspect, noting that on the basis of the latest autopsy report, the criminal case against the prime suspect would proceed.

“The report of the second autopsy is not exonerating the suspect and that is what is important. We should disabuse our mind with any conflicting view whether police is out to exonerate the principal suspect in this regard,” he said.

But a lawyer to the Odama family, Ikechukwu Maduile, said the police were privy to the first autopsy and wondered why they had to conduct another one which contradicted the first one.

He explained that the police endorsed the first autopsy, adding that they informed the family that they planned to carry out a toxicology test in Lagos.

Maduile said, “We informed them that we would like to witness the toxicology test, but they said our presence was not necessary and that the test could only be done in Lagos. But now, they are saying they carried out another autopsy test.

“It’s what we have been saying that the police are merely trying to cover up the case. If they said Joy died of carbon monoxide poisoning, then they do not need to prosecute the suspect? Why would they prosecute him for an accident that he was not responsible for?

“We reject the report of the police categorically. They didn’t invite or inform us about the press briefing in the case or the family. Who are they holding brief for?”