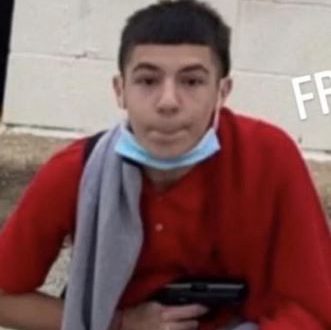 A 14-year-old boy is on the run from police after allegedly killing three teens when he opened fire at a Texas gas station in a suspected revenge attack.

The deadly ambush may be retaliation for a ‘previous disturbance’ against one or more of the victims as authorities say it was a targeted attack, Fox 4 News reported.

‘Detectives have discovered evidence identifying Abel Elias Acosta as the shooter responsible for killing three and wounding a fourth at a convenience store on December 26, 2021,’ the Garland Police Department posted on Twitter Wednesday along with a photo of the suspect.

‘(We) believe Abel Acosta is actively evading capture and need the public’s assistance in locating him,’ the department added on Facebook. 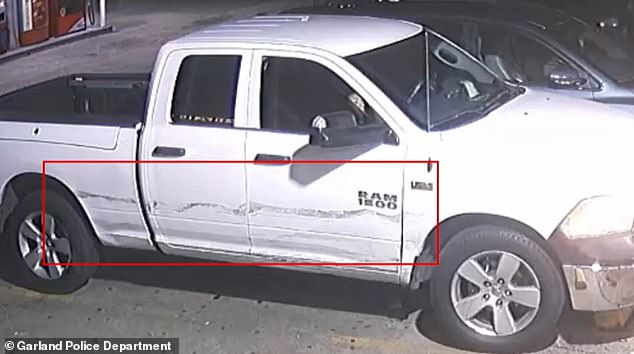 Acosta, who’s described as just over 5-feet tall and 125 pounds, was driven away from the crime scene in a Dodge Ram truck by his father, Richard Acosta, who turned himself in shortly thereafter.

The elder Acosta, 33, now faces capital murder charges as he’s held on a $1 million bond, according to police.

Surveillance video footage shows as the shirtless young teen carefully makes his way to the entrance of the gas station, his face covered by a surgical mask and a baseball hat.

Acosta can then be seen as he ducks and peeks through a window into the store before opening fire with a handgun, unloading multiple gunshots throughout the store.

Another 15-year-old cook in the store was injured during the deadly shooting, however, he has yet to be identified as of Thursday. 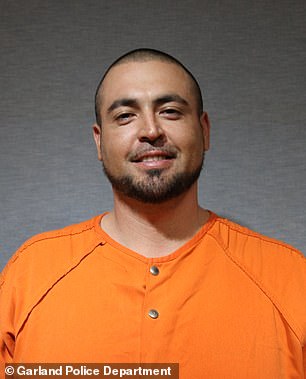 At a news conference Monday, police said that Xavier was at the store ordering food at the time Acosta opened fire inside the store, while the other two teens had entered the store together.

Another 14-year-old boy, who was not identified, had been initially arrested the day after the shootings, but he was released without being charged the same day.

That teen currently remains a person of interest, although authorities said he was not the shooter, according to police.

Meanwhile, Acosta has yet to be apprehended as of Thursday.

A $5,000 reward is being offered for information leading to the teenager’s arrest and anyone with knowledge about his present location is being instructed to call 911 or make an anonymous tip to Garland Crime Stoppers at (972-272-8477) or online. 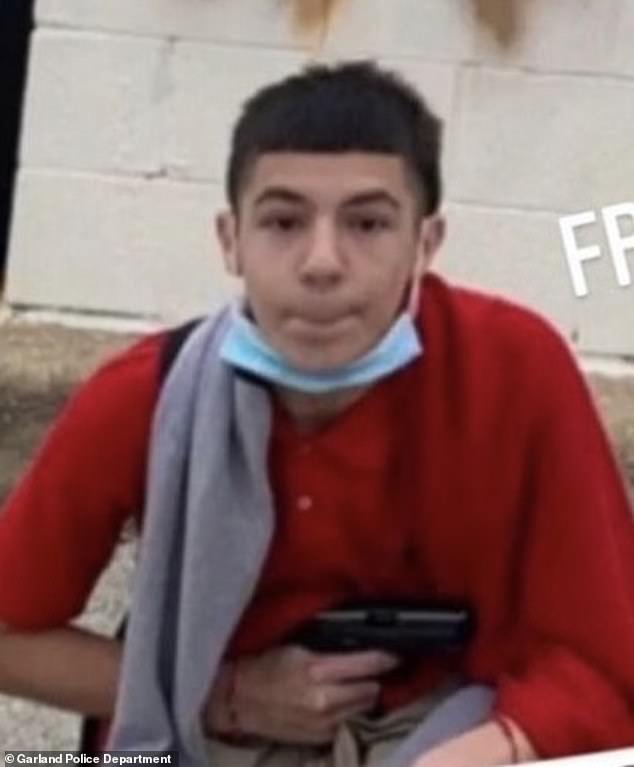 Abel Elias Acosta, 14, pictured, is armed and dangerous and on the run from police after shooting and killing three teens at a Texas convenience store earlier this week

Charles Igbinidu is a Public Relations practitioner in Lagos, Nigeria
@https://twitter.com/ionigeria
Previous World’s 10 richest people gained $400 BILLION in wealth in 2021
Next A teacher tested positive for COVID mid-flight. She stayed in the toilet for 5 hours.