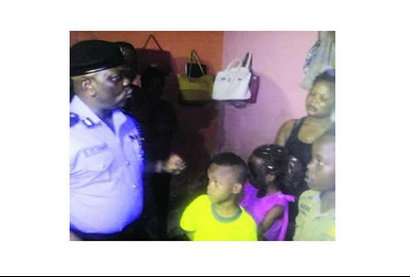 Her siblings, Gift, 28; and 23-year-old Blessing, who stayed with her, were also apprehended. They all hail from the Oron LGA, Akwa Ibom State.

The police team stormed the one-room apartment camp following a report from some residents of the area that Anwana illegally took custody of the children. The state Commissioner of Police, Edgal Imohimi, who led the operation, noted that the camp was not an orphanage.

He said how Anwana came about the children was shrouded in mystery, adding that the command would carry out an investigation to unravel the actual activities of the centre.

However, Anwana, said the children were her nephews and nieces, adding that their fathers were dead. She said she helped their mothers to look after them, adding that the parents visited them occasionally.