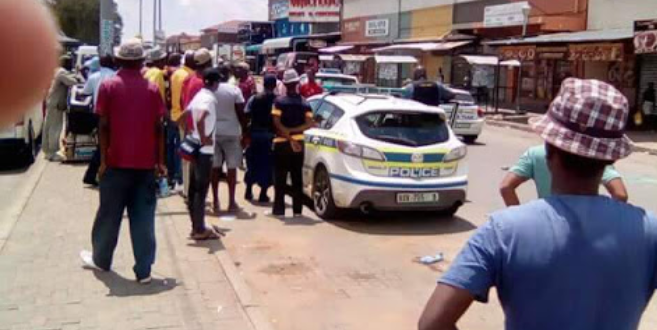 Police rescued a Nigerian man after he was attacked and about to be set ablaze in Rustenburg, North-West Province area, South Africa.

Eyewitnesses said the Nigerian identified as Desmond, was delivering hair products at his hair salon on Bethlehem Drive when he was attacked and doused with petrol, but the police arrived at the time he was about to be set alight and rescued him.

Police fired rubber bullets and teargas to disperse a crowd of protesters who complained after the police took the victim away.

North West police said the man was opening his hair salon when he was attacked, doused with petrol and stabbed.

Police spokesperson Lieutenant Colonel Pelonomi Makau, who confirmed the incident said the police responded quickly and rescue him before he was set alight.

“No one has been arrested, the same people who attacked him blocked the intersection of Oliver Tambo and Bethlehem Drive,” she said.

“He was rescued when he was about to be set ablaze after being wet with petrol. Nigerians and their families told us that the situation is very dangerous and that their lives are not safe.

“They also alleged that some group of people were abducting Nigerians and requesting money to bail themselves. A Nigerian who couldn’t pay was murdered last month. This same group also looted businesses of foreign nationals, Nigerians in particular.’’ said Olubajo.

Photos from the scene 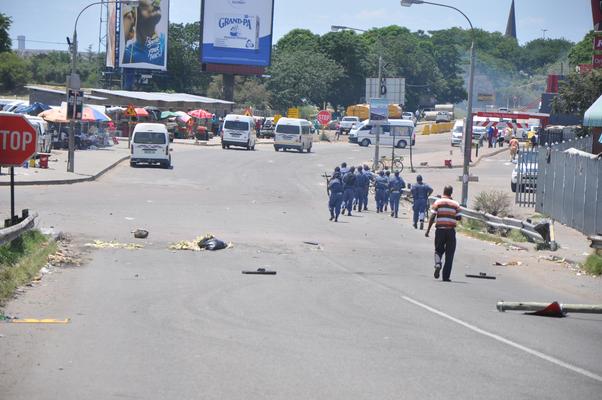 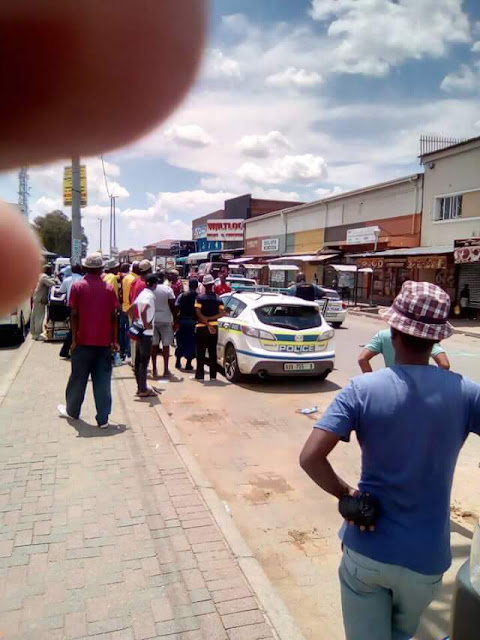