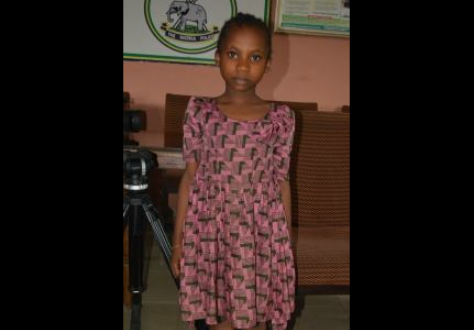 A young girl who was kidnapped when she was two years old, has been found after four years.

The girl identified as Onyinyechi Okpala was stolen on 30th November 2014, when she and her mother went for end of year party which was hosted by “Taribo” her uncle in Port-Harcourt, Rivers state.

They searched everywhere for the little girl all to no avail. The mother couldn’t contain her sorrow as she came for the party with her little daughter and went home without her.

Yesterday, 20th August 2018, the little girl was found by the Imo state police who busted a child trafficking syndicate. The girl was 2-years-old then and now she is 6.

The Imo State Police Command arrested eight (8) suspects in connection with child stealing and trafficking. The arrests were made between 24/07/2018 and 17/08/2018 at Agbor Park in Benin City Edo State and Imo State respectively.

A total of eleven (11) stolen children were recovered from the suspects some of whom have been identified by their parents.