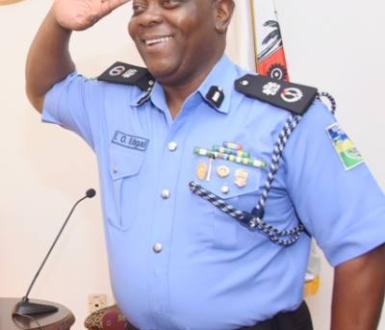 Recently, a security and Police stakeholders meeting was held with the New Lagos State Commissioner of Police, Edgal Imohinmi.

Below are some of the resolutions passed after the meeting:

1. All area commander will liase with various community leaders to form a non-arms bearing vigilante groups and 3 armed Policemen will be attached to each vigilante group for night duty patrol.

2. All uncompleted and abandoned buildings will be routinely raided pending when the state government will take action on such buildings. Likewise no one is allowed to sleep in the market henceforth.

3. The Police now have shoot-at-sight order on any body found brandishing arms with intent to kill or maim.

4. All DPO’s and Area Commanders should make themselves available for citizens complaints.

5. All Police Patrol vans are now mobile police stations and citizens can lodge their immediate and urgent complaints to them, so as to save time and arrest such situations that needs urgent police presence.

6. A Citizens Complaint Centre has been created to report any genuine complain about the police and the New Commissioner of Police released 10 mobile numbers of the complaints centre so that citizens can report any erring officers or Police Station…