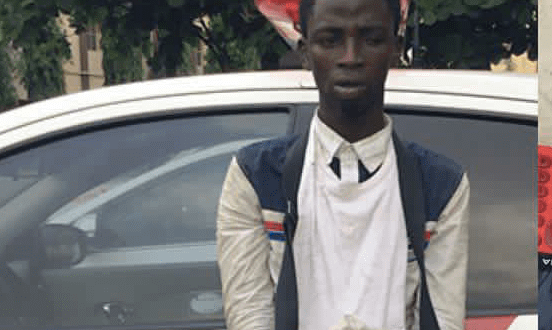 The directive of Lagos Commissioner of Police, Mr. Edgal Imohimi to officers of the command to keep eagle eyes at the venue of gathering of people this yuletide, yielded dividend with the arrest of a suspected pickpocket with seven stolen mobile phones belonging to gospel faithfuls that attended the annual musical concert tagged ‘The Experience’.

The suspect, Lateef Nurudeen, 19, was arrested by men of Rapid Response Squad in early December, 2017 at around 12:45 a.m. at the programme in Tafawa Balewa Square, Lagos.

Already, investigators have identified four owners of the seven phones. The owners, who reported at the RRS headquarter in Alausa were: Ukwajiba Felix, Ekhorelen Ruth, Kpanou Estelle and Kemi Ahmed.

The owners who have been looking for their mobile phones before leaving the venue of the programme noted that they didn’t know when their phones were removed from their bags and pockets.

The suspect, an ex – convict, confessed that the two charms found in the bags were for his protection, adding that he came to the church programme to pray and not to steal.