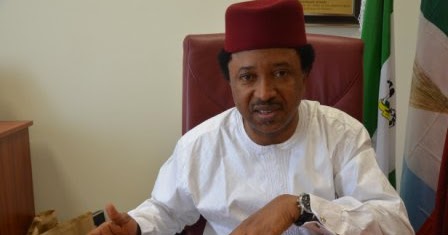 Shehu Sani, the Senator representing Kaduna Central, on Monday confirmed that the police have invited him to its headquarters in Kaduna State.

Confirming the invitation through his Twitter handle, Sani said the police invited him to the station at 10:45am on Monday.

Although, Shehu did not disclose the reasons why he was invited to the police headquarters.

The senator said he honoured the invitation with a clear conscience.

According to him, after writing down his statement, he was granted bail.

He wrote: “The Police invited me  to appear today by 10:45am.I honored the invitation to the Police Headquarters
in Kaduna by 10:45am, with a clear conscience.

“I wrote my statements. I was granted ‘self-bail’. I have left.”

He dragged Governor El-rufai to court and demanded N5bn compensation.

Writer, Investigative Journalist, and Social Media Strategist
Previous Woman In Court For Slapping Police Officer In Abuja
Next REVEALED: Chelsea and Tottenham could miss out on Champions League next season… even if they finish fourth