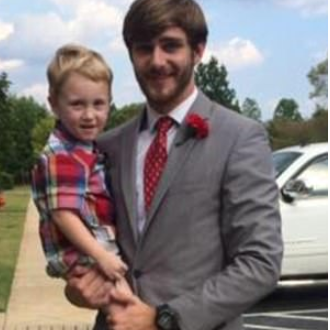 The son of a police chief in Georgia who is accused of murdering his three-year-old stepson broke down in tears as he made his first appearance.

Joshua Richards, 21, flogged his 3-year-old stepson Brentley Gore until the child died. The boy died over the weekend after suffering swelling on the brain from the brutal beating, Villa Rica police said. Prosecutors claim Richards used a belt to beat his stepson while the child’s mother slept in the next room of their home in Hickory Falls, Georgia.

When the mother of the boy woke from sleep the following morning, she found bruises on her son and he was unconscious. When she couldn’t wake him up, she called the police. Police responded to Richards’ home at around 10am on Tuesday. 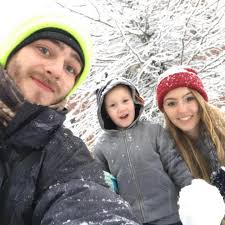 Because of the severity of Brentley’s injuries, the child was airlifted to a hospital in Atlanta for treatment. Brentley underwent emergency surgery to remove a portion of his fractured skull in hopes of relieving some pressure from the swelling on his brain. Sadly, the child succumbed to his injuries and died .

Richards denies killing his stepson and investigators said he told them that he dropped the child by accident. But Judge Alton Johnson told Carroll County Superior Court that Brentley Gore “had multiple marks, bruises all over his body and a large knot over his eyebrows.” As the judge detailed the injuries sustained by the boy, Richards began weeping.

Richards and Brentley’s mother got married last June, and the woman is now two months pregnant with her second child and her first child with Richards.

Richards, the son of Carrollton Police Chief Joel Richards, was originally charged with aggravated assault, aggravated battery, cruelty to children in the first degree and possession of marijuana. But the child’s death led to the upgraded charge of murder being filed against Richards.