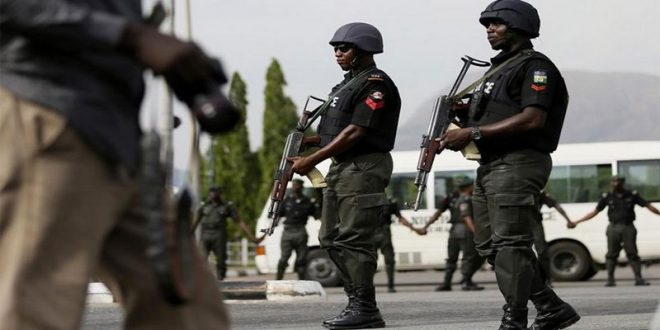 Two bankers, Mudassiru Taofeeq and Perez Percy alongside their accomplices, Abdussamad Lawal, the owner of a business centre and his two assistants, Shitu Isiaka and Priscilla Kuhwa have been arrested by the Sokoto State Police Command over National identity card forgery.

This was disclosed by the Public Relations Officer of the Sokoto State Police Command, ASP Cordelia Nwawe, yesterday as he paraded the five suspects for their alleged involvement in the procurement of forged National identity cards for new customers to open accounts.

According to him, the suspects and their accomplices who charged each of their victims N4, 000 have been at the game for over five years.

She said that they ran out of luck recently when one of their victims, Nasiru Bello Sifawa, innocently presented the forged temporary national identity card slip at NIMC branch in Bodinga in order to obtain the permanent national identity card. It was Sifawa who eventually led the police to the arrest of the two bankers and their accomplices.

She assured that the suspects would be prosecuted when investigations were concluded, warning the public to beware of fraudsters claiming to be in a position to fast track the procurement of national identity card.
Share