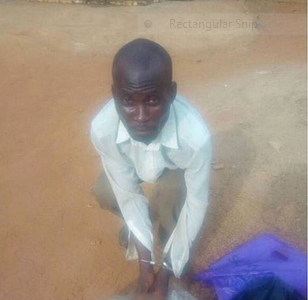 Police Arrest Suspected Ritualist With Corpse Of Baby In Ogun

A suspected ritualist in possession of corpse of a baby, has been arrested by the police in Ogun State.
The 42-year-old suspect, Ajiboye Emmanuel Olusola, according to a statement by the Police Public Relations Officer in the state, Abimbola Oyeyemi, was arrested at Saapade motor park  when he was about boarding a vehicle with the dead body wrapped in a polythene bag.

The PPRO stated: “Upon the information, the DPO of Isara-Remo Division, CSP Yusuf Taiwo, led policemen to the scene where the suspect was promptly arrested. On searching his bag, it was discovered that a dead baby was wrapped inside it.

On interrogation, the suspect claimed that he was coming from Offa in Kwara state heading to Lagos where he intended to bury the baby.

Not satisfied with the claim, the suspect was taken to Isara division for further investigation”.

Previous Whatsapp To Stop Working On BlackBerry, Others On December 31
Next Man Slashes Girlfriend’s Throat In Katsina 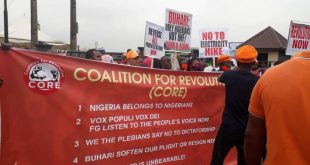