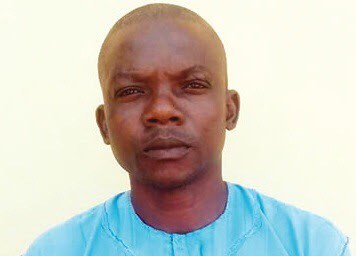 The police in Niger State have arrested two persons allegedly responsible for the kidnap of students of the Federal University of Technology (FUT), Minna.

Police spokesman Bala Elkana said the suspects were responsible for the kidnap of three FUT Minna students. He added that the police is on the trail of two others who are on the run. .

It was learnt the suspects – Abraham Jatto, (30) from Edo State, and Idowu Mafe, (29) from Ogun State, have been on the police’ wanted list. .

Mafe, who claimed to be a graduate of the University of Ilorin, regretted his action, saying it was the quest to make money that led him into it. .

He said: “When the issue of getting a Dubai job came up, my parents could not afford the N750,000 demanded from us, and Abraham raised the issue of kidnapping which led us to this predicament.

I have dragged my family’s name in mud. I am well-brought up but I can’t factor what led me to this act. I pray my parents will forgive me.” Jatto confessed that they rented a two-bedroom apartment behind the trade fair complex to keep their victims

Previous CBN Extends Support To Skye Bank
Next Lady Dies After Husband Forced Her To Undergo 4 Abortions In A Year, Because He Wanted A Son