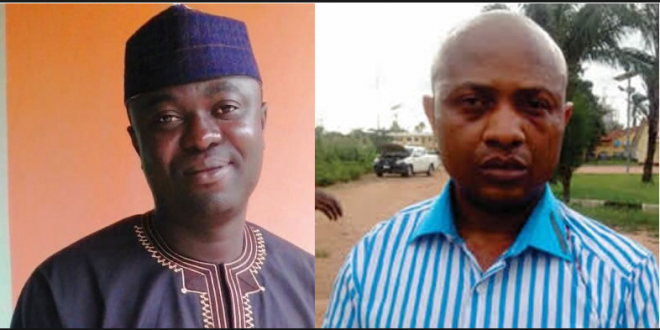 Some police operatives on Wednesday morning arrested a lawyer, Olukoya Ogungbeje, at the Federal High Court in Lagos.

Policemen said to be from the State Criminal Investigation Department, Panti, swooped on the lawyer as he parked his car at the Federal High Court in Ikoyi on Wednesday morning.

Ogungbeje, who was billed to appear before the vacation judge, Justice Muslim Hassan, was immediately whisked off by the policemen.

Previous Photo Story: See What Lagos Residents Face Everyday And Pretend All Is Well
Next Mystery Woman Found Strangled And Dumped Inside Bin In A Nigerian Man’s Bedroom