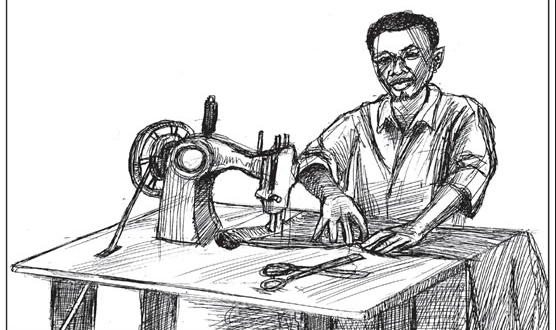 A 25-year-old tailor has died after he was allegedly brutalised by the police at Sangere outpost in Adamawa state.

According to reports, the deceased was arrested based on suspicion that he bought stolen wrappers as he was allegedly beaten to pulp by one police officer identified as “Kaka”.

Muhammed was rushed to the specialist hospital in Yola, the state capital where he later passed away.

From right is the picture corpse of a 25 year old tailor Muhammed, alleged victim of police brutality @ sangere police outpost Adamawa state. And from the left is the picture of the father of the victim together with our struggle comrade Mustapha Atiku Ribadu.

The victim was arrested based on suspicion that he bought a stolen wrappers on 10/8/2018 and was alleged to be beaten mercilessly by one police officer “Kaka” at the station, and was rush to specialist hospital yola and later gave up his life.

Please share this extra judicial happenings around till it reaches the appropriate body to investigate and act swiftly according to the law of the land.