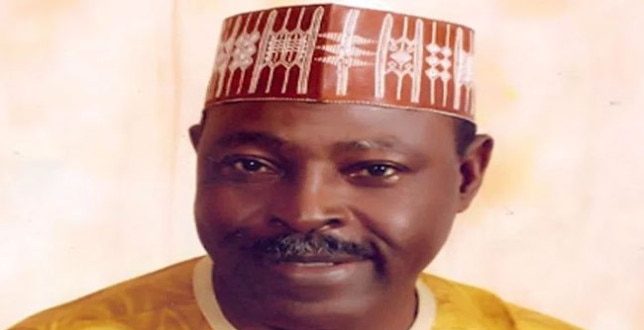 The Plateau State Chairman of the People’s Democratic Party (PDP), Damishi Sango, has been kidnapped on Wednesday, December 6, 2017 while he was on his way to the party’s December 9 national convention.

According to a report by Channels Television, the party chieftain was abducted alongside his son and three others in Jere, along the Kaduna/Abuja expressway.

The other victims who were abducted include another chieftain of the PDP, Emmanuel Mangnin, the chairman’s driver and one other person.

The state Publicity Secretary of the party, John Akans, revealed that the five were kidnapped while they were in transit from Jos to Abuja in preparation for the party’s national convention.

According to the News Agency of Nigeria (NAN), a family member, Jonathan Mapis, said the vehicle conveying the victims was abandoned by the kidnappers.

He said, “Sango and his entourage were on their way to Abuja for the Saturday PDP National Convention when the abductees got them.

“He left home around 4pm for Abuja, but at about 6pm, when someone called one of the persons Sango traveled with, a policemen picked the call and told him (the caller) that they found the phone in a vehicle abandoned on the road.

“Apparently, the kidnappers took them to an unknown destination and left the vehicle just by the road side.

“We are actually anxious for their (kidnappers) call. We want to know if they (abductees) are alive and in good condition. We are just so worried and confused.”

The state Police Public Relations Officer, Tyopev Mathias, confirmed the incident and promised that the victims will soon be set free.

He said, “They were on their way from Jos to Abuja on Wednesday evening when the kidnappers abducted them. The spokesman of the Kaduna Police Command has told me that the Commissioner there has ordered ordered his men to comb everywhere to rescue them.”

Sango served as Federal Minister of Sports between 1999 and 2001 under former President Olusegun Obasanjo.

Previous Man Commits Suicide At The Lagos Court, Over N40k Debt
Next Fayose Approves N200m As Car Loan For 645 Workers