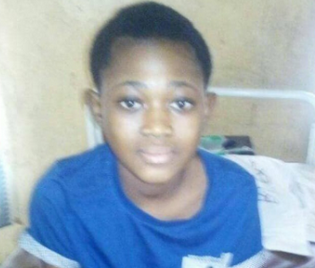 Nigerians have come out in their numbers to protest over the death of a 13-year-old Elizabeth Ochanya Ogbaje who was raped by her uncle and his son in Benue state.

The peaceful demonstration which is ongoing in Abuja started from the Unity fountain in Maitama where the protesters converged to demand for justice for the late teenage girl.

Before her death few days ago, Ochanya had battled Vesicovaginal fistula (VVF) and other health complications at the Benue State University Teaching Hospital, Makurdi after being allegedly severely abused by one Andrew Ogbuja, Head of Department, Catering and Hotel Management at the Benue State Polytechnic, Ugbokolo, Benue State, and his son, Victor Inalegwu Ogbuja, a final year student of Animal Production at the Federal University of Agriculture, Makurdi.

The duo consistently molested little Ochanya, a student of Federal Government Girls’ College, Gboko since she was 9 to age 13.

The association in a statement issued on Monday, called on the federal government and the relevant authorities to bring the suspect and his son to book.