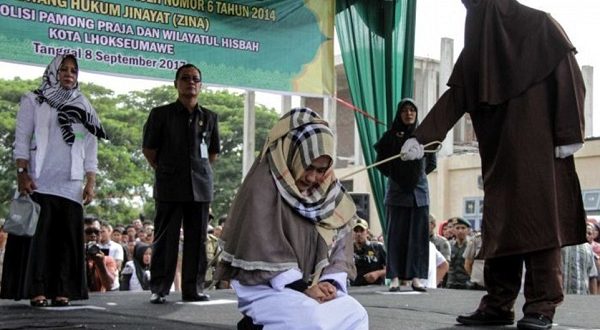 A 30-year-old  Indonesian woman was hospitalised after a Sharia court inflicted her with 100 lashes simply because she tried going closer to a man who was not her husband.

The woman who had a Burberry headscarf over her face was made to kneel on a public stage in Banda Aceh as she was whipped 100 times in front of a huge crowd today.

According to the ruthless Islamic law, which rules over the region, she was guilty of adultery for merely being in the presence of a man who she was not married to.

The woman, who was identified only as Mazidah, collapsed from her injuries inflicted by a masked enforcer and had to be rushed to a hospital, where she’s being treated.

Yesterday, eleven men and women were also whipped for crimes ranging from gambling to adultery under brutal sharia law in Indonesia. 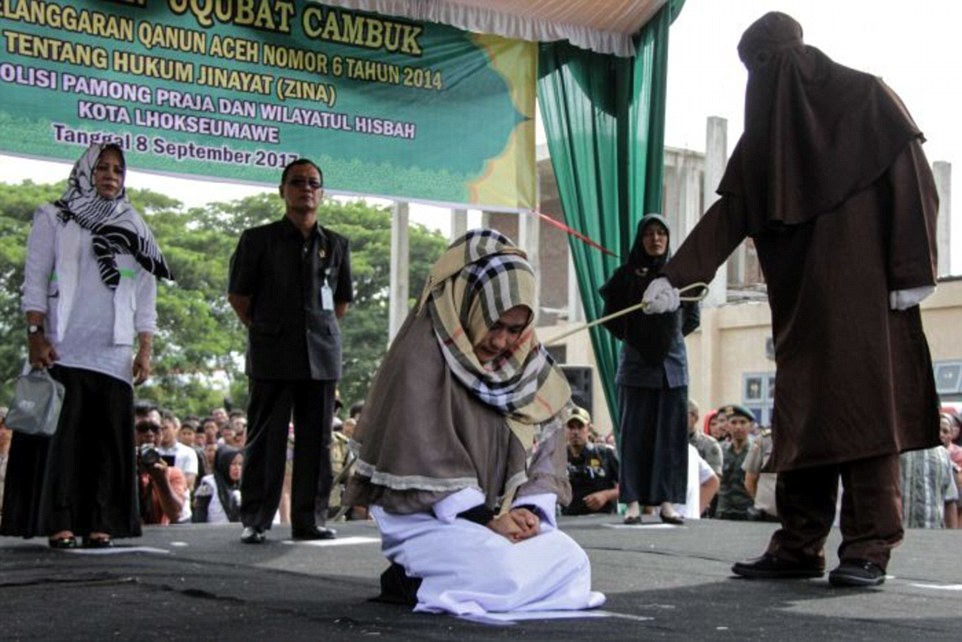 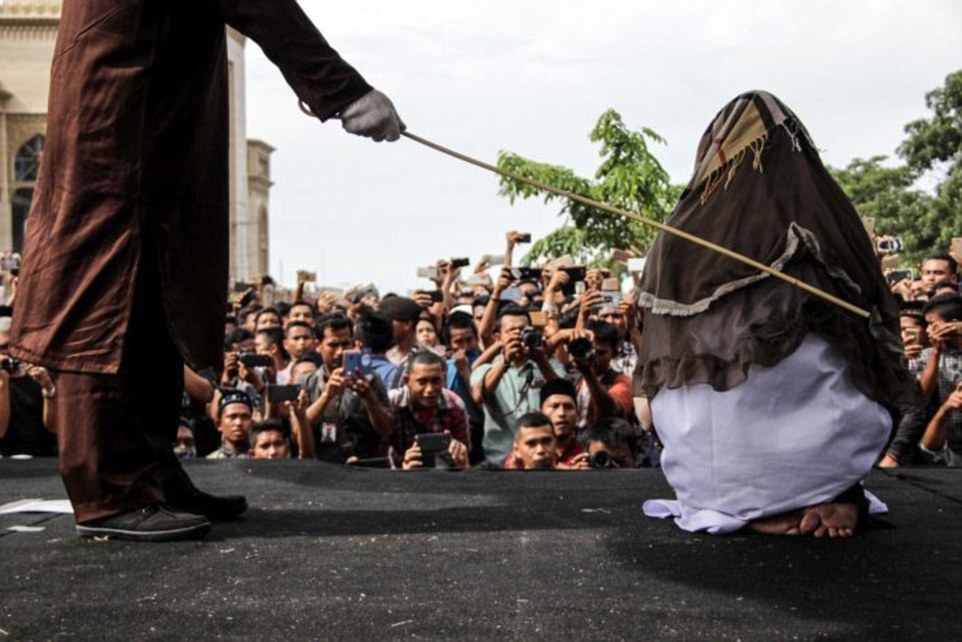