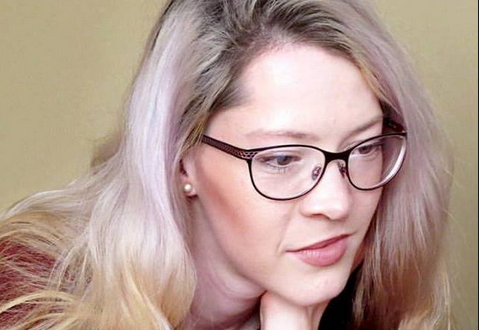 22-year-old Megan van der Zwan was mauled to death by a lioness in a game reserve near Hammanskraal, South Africa on February, 27.

The former student at the University of Pretoria, had accompanied her friend to conduct an interview for an assignment at the Kevin Richardson’s Wildlife Sanctuary, located at the Welgedacht Private Game Reserve outside Pretoria. 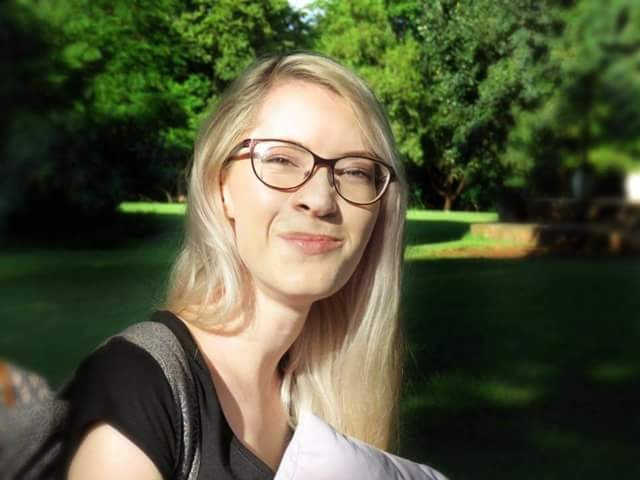 Police spokesperson Constable Connie Mohanedi said the lioness attacked the pair as they were approaching their car to leave.

Mohanedi said an inquest docket was opened, but would not give much information “as the investigation is at a “sensitive stage”. 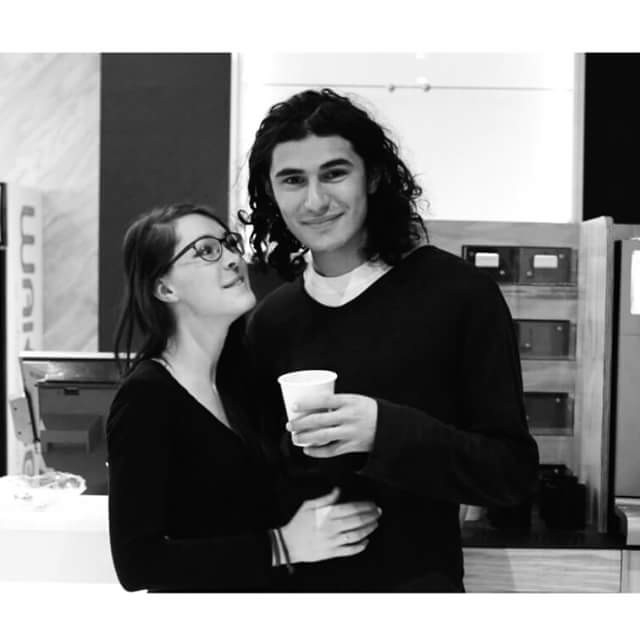 According to reports Megan and her friend were visiting the game reserve belonging to “lion whisperer” Kevin Richardson.

They wanted to interview the camp manager. Kevin says they were taking pictures outside the camp when the attack occurred.

He says he and one of his experienced colleagues were talking the lions one of their regular weekly walks through the reserve.

“One of the lionesses took off chasing after an impala. She must have run about 2-2,5km before she came across the 22-year-old outside their car.” 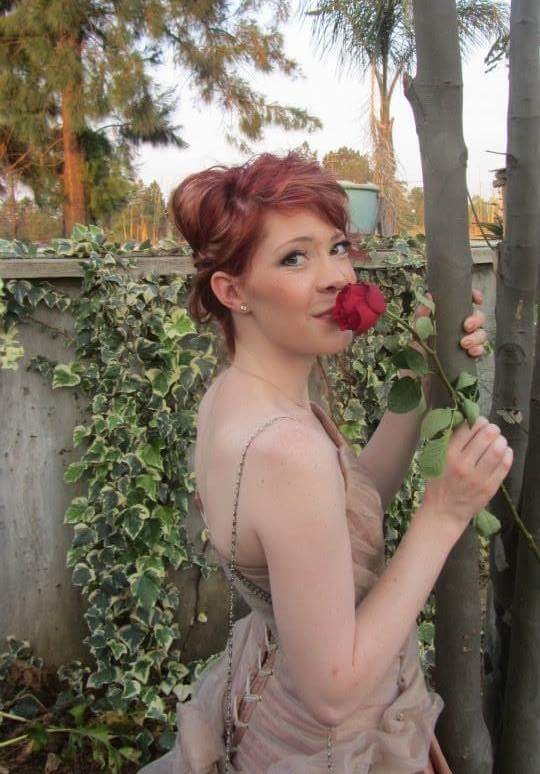 She was declared dead at the scene. It’s not yet known who was visiting the reserve with her.

The University of Pretoria ‘s choir, Tuks Camerata paid tribute to her during a funeral service last Wednesday at the Hatfield Christian church.

“We want to ensure that everyone understands that the young women involved in the incident are in no way to blame. Obviously being out in the open in any Reserve carries personal risk, however, we do not believe they were irresponsible in any way,”

Meanwhile, parents of the deceased are battling to come to terms with their daughter’s death.

Megan’s father Gerard, told YOU on Thursday that her memorial service, wasn’t a “mourning service”.

“We celebrated her life because she was a wonderful person and a child of the Lord.”

But Gerard didn’t want to elaborate on the incident in which his daughter had lost her life.

“I wasn’t there, how should I know what happened,” he said. The somewhat flat tone of his voice clearly suggests he’s struggling to deal with the death of his talented daughter.

“Believe me, I’m not in an emotional state to talk about it,” Gerard said.

He spoke about his daughter’s achievements at university and as a choir singer:

“She got a degree in information design from the University of Pretoria. She was a member of Tuks’ Camerata choir for five years and travelled overseas with them on three occasions.”

Gerard says he’s considering writing a book about her life, “but not quite yet”. 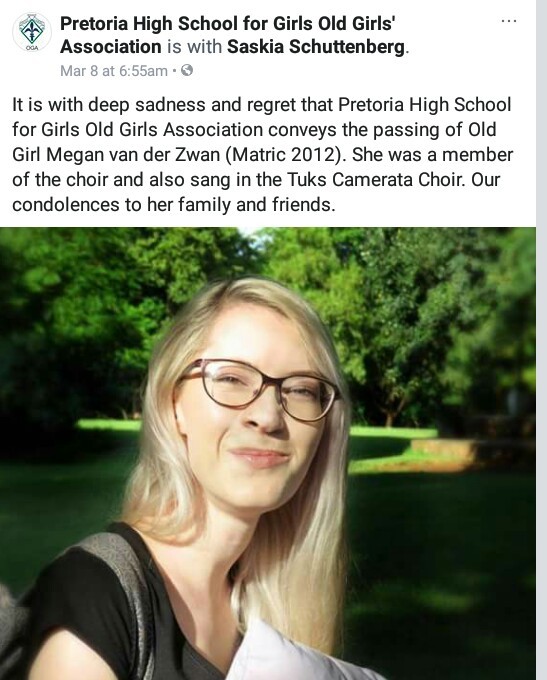 On Thursday the Pretoria High School for Girls Old Girls’ Association posted a tribute to Megan on its Facebook page.

Previous Fayose Is A Murderer, Thief – Governorship Candidate
Next When I Was Down With Stroke, I Had Regular Sex – Nollywood Actor