The two residential houses are suspected to have been operating as brothels.

The arrested foreigners, 8 girls and 4 men were taken to Jomo Kenyatta Airport for processing and subsequent deportation.

Police records shows that one of the men arrested was watch-listed in May 2017 on suspicion of being involved in prostitution and illegal gambling in Kenya.  He was later deported and subsequently banned from ever entering the country again but returned using a different passport.

Their arrest comes months after Interior Cabinet Secretary Fred Matiang’s declared war on illegal immigrants and foreigners doing jobs that should be done by Kenyans.

The Chinese embassy in Nairobi has complained over police swoops that have seen its nationals with legal documents hauled into police stations for verification.

See photos and read the press statement on the arrest below… 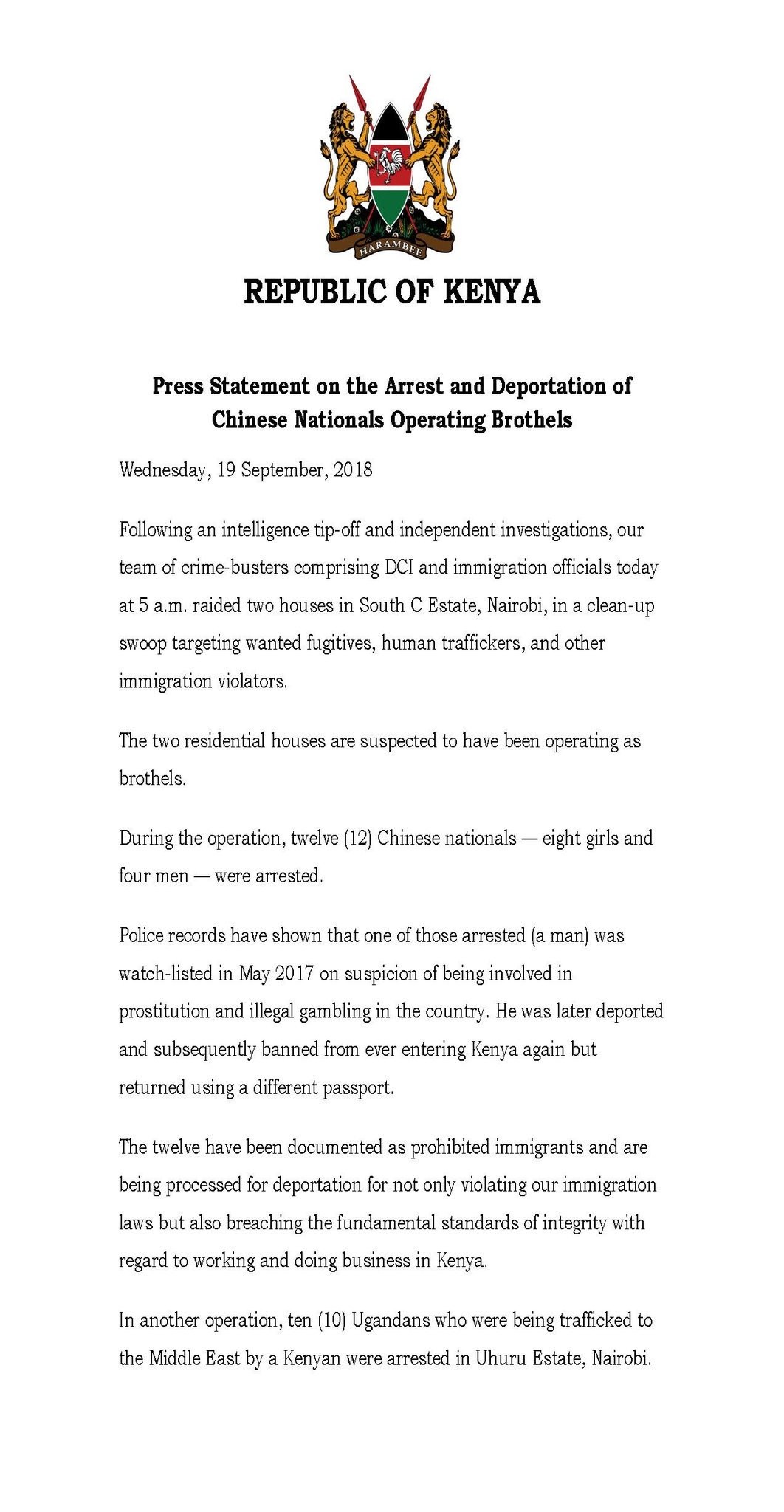 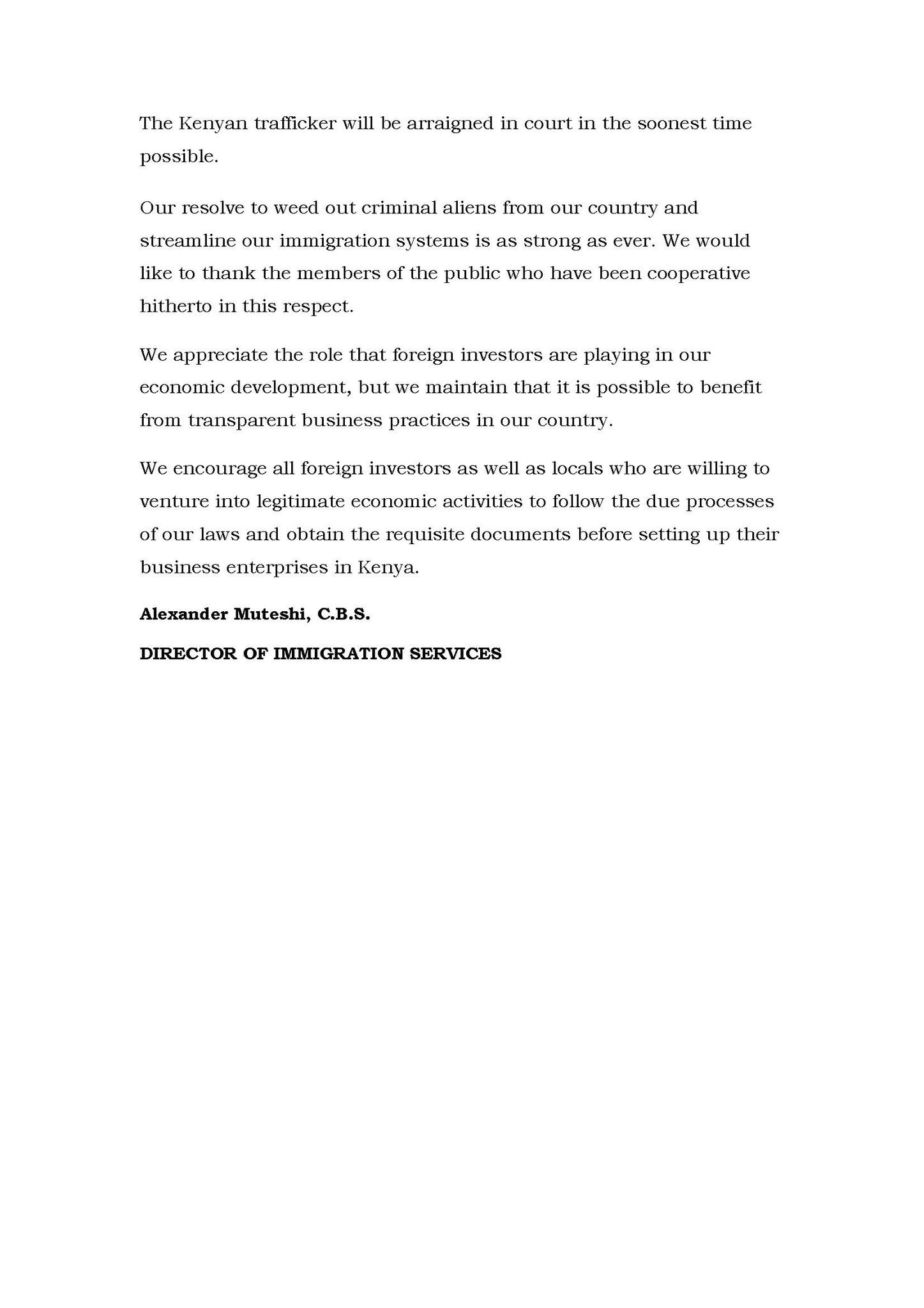