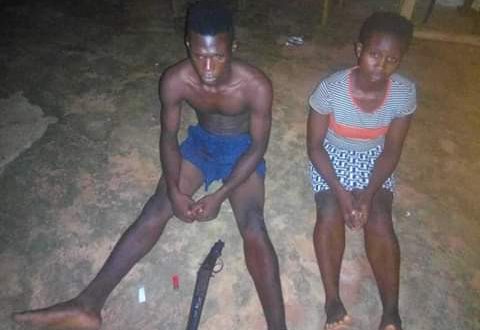 The Anambra State Police Command on Thursday, arrested a female armed robber and her accomplice, who have been terrorising Abatete community with robberies and other heinous crimes.

Exhibits recovered from the suspects include one cut -to -size single barrel gun loaded with a cartridge.

The case is under investigation after which the suspects would be charged to Court for prosecution.