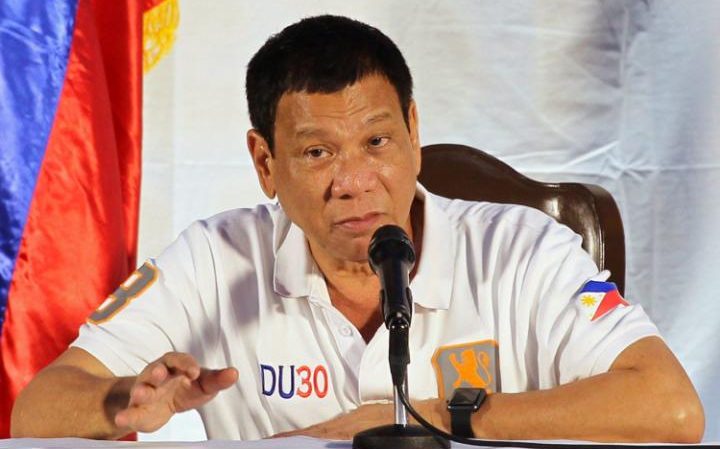 Rodrigo Duterte, the president of the Philippines, ordered gangland-style killings of more than 1,000 people before he was elected, his former hitman has claimed.

The controversial leader, who is waging a bloody war on crime by encouraging his citizens to carry out vigilante killings, was also said to have fed his enemies to crocodiles.

And in one incident, the hitman said, Mr Duterte gunned down a justice official with an Uzi machine gun after a roadside shootout.

Speaking at a senate inquiry into a spate of extra-judicial killings committed under Mr Duterte’s rule, Edgar Matobato said he and several others carried out the murders over a 25-year period.

He said he had personally overheard the president give orders for extra-judicial killings while he was mayor of Davao.

“Our job was to kill criminals like drug pushers, rapists, snatchers,” said the 57-year-old, who claims he was part of the “Davao Hit Squad.”

He went on to claim that Duterte’s political opponents were also targeted in the spate of killings.

Matobato himself claims to have killed at least 50 people while working under Mr Duterte, who has been dubbed “the Punisher” due to  his extreme stance on drug crimes.

The self-confessed hitman alleged that in 2007 a suspected kidnapper was fed to crocodiles in the southern province of Davao del Sur.

In a separate incident in 1993, he claims he was part of a group who were pulled to the side of the road by a justice department official , which led to a shootout.

Mr Duterte arrived at the scene shortly after and is said to have finished off the dying official by “emptying two Uzi magazines” into him.

The Philippines president has been accused of encouraging the deaths of more than 2,000 drug-related vigilante killings since he came to power.

It comes after Mr Duterte said the widespread killing of drug users was justified as they were not human.

“Crime against humanity? In the first place, I’d like to be frank with you: are they humans? What is your definition of a human being?” he told soldiers on a recent visit to an  army camp.

“Human rights? Use it properly in the right context if you have the brains,” he added.

“You cannot wage a war without killing,” Duterte said, adding that many drug users were beyond rehabilitation.”

A spokesman for Mr Duterte denied he ordered the killings and said an inquiry into the allegations set up when he was Mayor of Davao was abandoned due to a lack of evidence.