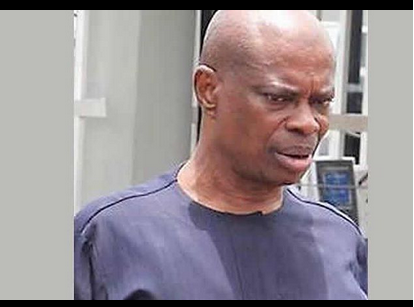 On Tuesday, the Federal High Court in Lagos, ordered the serving Permanent Secretary in the Federal Ministry of Labour and Employment, Clement Onubuogo, to permanently forfeit to the FG the sums of N664m and $137,680.11 found in his bank accounts.
Justice Saliu Saidu gave the forfeiture order pursuant to an application to the same effect by the EFCC. Onubuogo did not oppose application.

The EFCC told the court that the permanent secretary diverted the funds from SURE-P, a youth empowerment programme initiated by former President Goodluck Jonathan.

At the Tuesday’s proceedings, Onubuogo’s lawyer, Mr. T.S. Awana, told Justice Saidu that his client had opted for an out-of-court settlement with the EFCC.

The court had, last August, also ordered him to temporarily forfeit two landed properties. One of the properties was Onubuogo’s house, known as Clement Illoh’s Mansion located at Ikom Quarters, Issala-Azegba, Delta State; while the other, a hotel, is said to be located at No. 19, Madue Nwofor Street, off Achala Ibuzo Road, Asaba, Delta State.