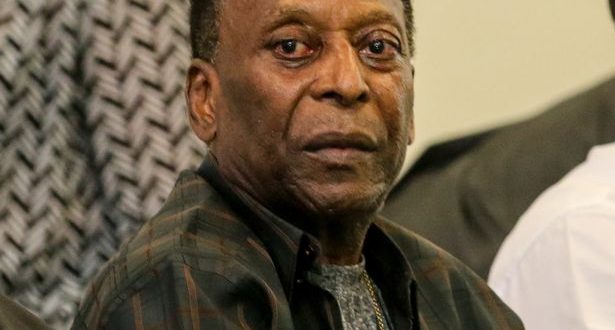 Pele has been struggling with his health for a number of years (Image: Zuma Press/PA Images)

Pele has remained in hospital due to a urinary tract infection as he continues to receive chemotherapy treatment for a tumour on his colon.

The 81-year-old Brazil legend was admitted for a session on his tumour on February 13 and has been kept in due to the urinary infection.

While his condition remains stable, he is also said to be “struggling to eat or sleep”.

He has been left weakened after receiving an endoscopy last Wednesday – a procedure used in medicine to look inside the body.

A medical report obtained by ESPN read: “Edson Arantes do Nascimento [Pele] was admitted to Hospital Israelita Albert Einstein on the 13th to continue the treatment of the colon tumor, identified in September 2021.

“During his stay, routine exams were performed, which indicated the presence of a urinary infection, a fact which extended the patient’s stay in the hospital.

“His clinical conditions are stable, and hospital discharge should take place in the next few days.”

Pele has three tumours which are requiring medical attention – located in his intestine, liver, and lung.

He is expected to be discharged in the next few days, but a date has not yet been set.

Football fans around the world feared for Pele’s health back in December when he suffered a major health scare.

But he was discharged in time for Christmas as he celebrated the festive season with his loved ones.

He scored a remarkable 77 goals in 92 games for the national team – a record he still holds to this day.

The South American superstar also racked up 643 goals in 659 appearances for club side Santos across his 18-year spell.

Charles Igbinidu is a Public Relations practitioner in Lagos, Nigeria
@https://twitter.com/ionigeria
Previous Sergio Agüero reveals he will be with Argentina squad at Qatar World Cup
Next Arsenal set to offer Arteta same contract Wenger was on in final year of reign – but it’s less than HALF Guardiola’s