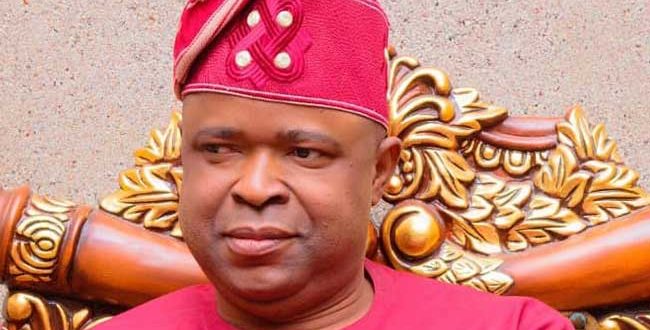 In a statement on Friday, the party demanded the immediate and unconditional release of the lawmaker, as well as the other members it claimed, were framed-up and detained by the police in Kwara State.

It described the arrest of Senator Ibrahim on the eve of the general elections as “provocative”, and cautioned the police to stop harassing its members.

“This resort to police brutality by the All Progressives Congress (APC) is a script by a losing team which seeks to introduce violence and use the police to execute their rigging plots,” the party alleged.

The PDP accused the ruling party of plots to cause pandemonium and pave the way for rigging in favour of its candidates in the state.

It noted that nobody has the monopoly of show of strength, stressing that its members in Kwara and other states are law-abiding.

The party, however, said its members would not allow themselves to be subjugated by anybody, particularly in the electoral process.

The PDP claimed, “We know that the plan of the APC is to stop our members from accessing their polling centres.

“Our members should deploy all legitimate means, including lawful self-preservation strategies and tactical manoeuvres to beat the aggressions, arrive at their respective polling centres and exercise their voting rights accordingly.”

The party, therefore, asked the Inspector General of Police to call the police authorities in Kwara to order.

It also called on lovers of democracy to rise in condemnation of the harassment and arrest of its members ahead of the elections.

However, the police authorities in Kwara State say they arrested Senator Rafiu Ibrahim, and eight others for their alleged connection with the murder of two persons in Ojoku area of the state.The suspects were arrested following the violence that broke out at the campaign rally of the All Progressives Congress (APC) organised by the party’s senatorial candidate, Lola Ashiru.