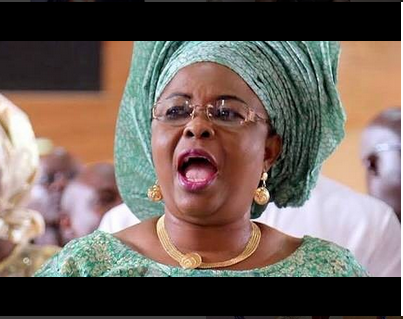 Many months after being watch-listed, Esther Oba, ex-First Lady Patience Jonathan’s sister has been arrested by the Nigerian Immigration Service (NIS) and handed over to the EFCC.

EFCC investigators are to interrogate her in connection with the alleged laundering of over N359m through two firms linked with the former First Lady. The companies are AM-PM Global Networks Limited and Finchley Homes Limited.

About N317m was traced to the suspect in AM-PM Global Networks Limited. She is expected to explain how she came about the management of N42million in Finchley Homes Limited.

Esther Oba was arrested at the Nnamdi Azikiwe International Airport at about noon on Monday, shortly after arriving from Dubai in company of her husband, three children and a house help.

EFCC sources said the suspect is central to the ongoing probe of the former First Lady. One of the sources said: “We have been looking for her but she has been faceless. We watch-listed her for arrest by any security agency.

Fortunately at about noon on Monday, the Nigerian Immigration Service(NIS) contacted us that she was arrested while returning from Dubai with her husband and three children. She was arrested at Nnamdi Azikwe International Airport.”