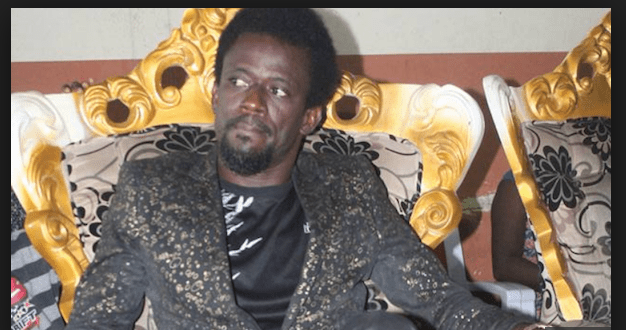 Abiekunogho is standing trial for allegedly obtaining an SUV and money from his member, Seiyefa Sayou, by trick .

The pastor had followers who besieged the court to cover him from the prying eyes and lenses of journalists after coming out of the courtroom while he made his way to a car stationed to whisk him away.

Abiekunogho was however disappointed and infuriated when he realized journalists still managed to get shots of him.

The church members acting on the directives of Abiekunogho descended heavily on journalists who were outside the court, haven’t been earlier ordered to leave the courtroom by the Magistrate who heard the case in camera.

The church members numbering over 100 beat up journalists and damaged the camera belonging to the correspondent of TV Continental.

While the drama lasted the pastor was whisked away while his church members continued the assault on journalists causing a commotion in the court premises.

The intervention of policemen in the court premises brought the situation under control and rescued the distressed reporter from mob action.

However, the matter was reported to the A Division, where the issue is still being investigated.

The case was adjourned to 24th March 2018 for further hearing.

Abiekunogho was alleged to have fraudulently obtained a Toyota Sport utility vehicle and N20,000 from Sayou, his church member in exchange for spiritual breakthroughs.