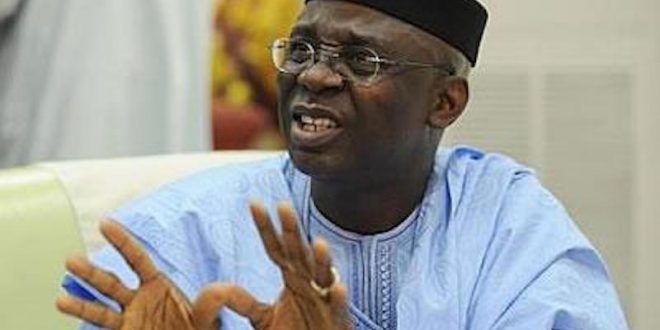 Pastor Bakare IS a political paperweight and neophyte — Tinubu’s men

The Presidential Campaign Council PCC of the ruling All Progressives Congress APC has described a chieftain of the party, Pastor Tunde Bakare, as a political paperweight whose utterances should not be given a serious thought.

Bakare, the Presiding Overseer of the Citadel Global Community Church (formerly Latter Rain Assembly), was one of those who slugged it out with Asiwaju Bola Tinubu at last year’s Special Presidential Convention of the party.

In his state-of-the-nation address on Sunday, the cleric had advised Nigerians to shun those promoting ‘emilokan’, a term associated with Tinubu and which means “my turn” in Yoruba.

He added that no good politician seeking the votes of the people would evade public debates and also task his team members with the task of answering questions specifically directed at him.

Also reacting, the Special Adviser, Media, Communications, and Public Affairs at the PCC, Mr. Dele Alake said the cleric is a political neophyte.

“This is a man who did a video in his church asking his members to vote for Tinubu, then the next day, he does the opposite. For us, that is not a serious issue.

“With due respect to him, he is a political paperweight, a political neophyte “, said Mr. Alake.

Alake also dismissed allegations that the PCC now operates a militia headed by the National Youth Leader of the Party, Mr. Dayo Israel.

He said the group refers to itself as “Jagaban Vanguard” and that they merely wear costumes and not the regalia of the military.

“In Nigeria, we like titles. We have musicians who bear General, Colonel, or Commander. Do we now say they are impersonating the military”, he queried.

Charles Igbinidu is a Public Relations practitioner in Lagos, Nigeria
@https://twitter.com/ionigeria
Previous Former Man Utd star is now a priest after becoming ‘bored of money and attention of women’
Next Chatham House:  ‘Our objective is to dismantle these structures of criminality and enthrone competence’ – Peter Obi