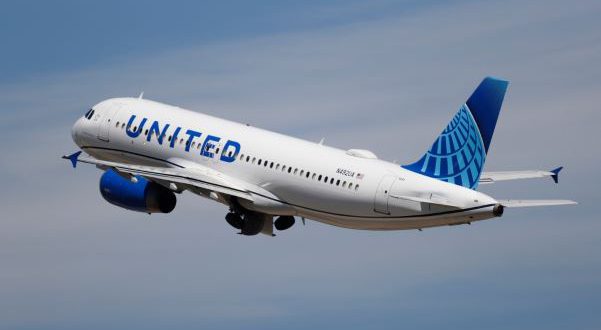 A passenger was arrested at Heathrow Airport for allegedly raping a woman in business class on an overnight transatlantic flight from New Jersey.

The woman said she was attacked by a 40-year-old man while others slept on the flight from Newark on 31 January.

She complained to United Airlines cabin staff who called ahead to report her claims to police, according to The Sun.

The crew called ahead to alert the police about the incident.

Officers boarded the United Airlines plane after it landed at 06:39 GMT and arrested the man.

Officers conducted a search of the luxury cabin while the man was taken into custody at Heathrow station.

There, scans of his fingerprints, a mugshot and DNA samples were taken. He has since been released under investigation.

According to the newspaper, sources said the two people were sitting in different rows in the cabin, in which return-flight tickets cost as much as £3,000.

They appeared to be strangers, but during the flight had been talking with each other and drinking together at the bar in the cabin’s lounge.

Speaking to The Sun, the source praised the police for taking the woman’s accusation seriously, and confirmed officers had examined the location on the plane the alleged attack had taken place.

Scotland Yard said: “At 06.39am on Monday, January 31 police at Heathrow Airport were alerted to an incident on an inbound flight.

“Officers met the aircraft on arrival and arrested a 40-year-old man on suspicion of rape. He has been released under investigation..

A spokesman said the Met was aware of “an incident on an inbound flight”.