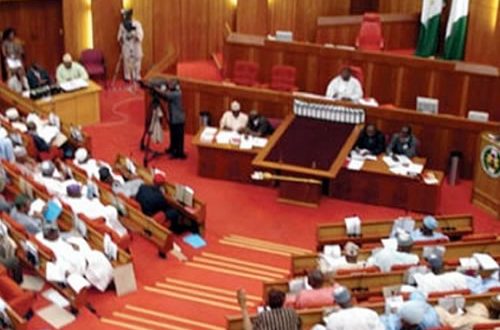 “I have come to the conclusion that politics are too serious a matter to be left to the politicians”.

The quotation above has always been extracted, for use, from the words of Charles André Joseph Marie de Gaulle (1890–1970), well-known as Charles de Gaulle, who was a French army officer, statesman and former President of France. The more some of us gloss over the fact in this extract (because we want to avoid politics and accusations of being political), the more its stark reality – and the frankness in it – continue daily to increasingly confront us, all of us, with the way politicians (the current ‘Nigerian breed’) do what they seemingly consider as solely ‘their thing’. For them, they (the ‘Nigerian breed’ of politicians), particularly those that find themselves in government, are the only ones that should talk about politics and governance! No one else! They arrogate to themselves all the knowledge (that they do not have) for developing a geographical entity. They only pretend to be meek when soliciting votes!

Inebriated through, and by, vain arrogance, they deceive themselves so much that patriotic sincere alternative views are seen as confrontations that must be crushed. Instead of looking at the facts on the table, this breed of, mostly, shallow-minded politicians with unbelievable Mephistophelian disdain for academics and other intellectuals/intelligentsia community, always go very low, at times, into the gutter, to adopt unworkable antiquated strategies like blackmailing those with alternative views. This characteristic is not unique to those in power but characteristically displayed, today, by this group, in all the Nigerian political parties! Unfortunately, we have passed through this familiarly familiar road in the past. Nothing tangible was obtained, on this road, by majority of the people, and we all know this fact!

Why we are still on this road, today, baffle many of us. Most politicians refuse to learn from history. To them, negative occurrence(s) must be re-enacted. They think all of us are shallow-minded like them! Of course, regarding this, we agree with a Latin maxim, said as, “nemo dat quod non habet” which literally mean that “no one can give what they do not have”. Really, can they give what they do not have? We sincerely require social analysis in this country! We have always been wondering why Nigeria, coming this far, should be held down like this by a crop of people. This people, although very few in number, with feudalistic mindset reminiscent of the medieval era, from all parts of Nigeria (north, south, east and west), have been successfully successful in cornering Nigeria’s wealth, irrespective of the clans, tribes, religions and regions they belong to. They have been very united in cornering the country’s resources!

Together, they have hijacked the country’s wealth to the detriment and disempowerment of vast majority of hardworking Nigerians, some of whom had been, and can still be, so gullible to the extent of fighting, wounding, maiming and even killing themselves, in defence of their oppressors – the same political elite – that have solidly weaponised poverty against them! Many ‘activists’ have gone, and have remained, loudly silent for reason(s) not unlikely to be linked to waiting for crumbs from their masters’ table! Slavish mentality! These are among the reasons why some of us, collectively, feel ambushed, captured, imprisoned, oppressed, suppressed, with dreams and visions made unrealisable and vast potentials systematically stunted by the currently senselessly sustained unproductively selfish but unsustainable (in the long run) lopsided system that discourage ingenuity, innovativeness, creativity and meritocracy.

Certainly, much is unexpected, by forward-looking people, from such a backward system. No wonder capable human resources critically needed, but not appreciated, in Nigeria, are migrating, in droves, out of the country to seek greener pasture. Many of those migrating from this country may be perceived as unpatriotic people with the way they talk about Nigeria before leaving for, and when in, the Diaspora, but with objective analysis of situations in today’s Nigeria, it will be seen that the country has failed them, and us. Although, we are not oblivious of the fact that there are some with intention(s) to commit crime here, and in those places they migrate to, in spite of today’s obvious messy situation in Nigeria.

Nevertheless, we must continue to talk about the age-long systemic conspiracy orchestrated by these ‘feudal lords’ to disincentivise legitimate aspirations for growth and development by many law-abiding Nigerians – old and young. That the very few but powerful ‘feudal lords’ have perennially ‘knelt on the necks’ of majority of Nigerians has been proven with the way our (compatriots?) excel in other places where they have found enablement and encouragement for their positive ingenious abilities to express and assert themselves for individual and collective benefits, and for those places and the world at large.

Laughably, governments (federal and sub-national) in Nigeria are, shamelessly, quick to congratulate and celebrate these worthy successful (Nigerians?) in the Diaspora while they sustain conditions that asphyxiate positive ideas here, instead of sincerely working towards creating enabling environments for talented Nigerians to replicate similar feat(s) at home. This has been the way Nigeria, including its human and other resources, have been mismanaged for long. Hence, those further running the country aground, today, are symptoms of a deeper and more general malaise in our society. Therefore, expecting improvement from them is, to them, like being expected to support one’s banishment into perdition!

This currently failing warped system – deliberately designed to fail from the beginning – is what they are built for! It is what they know! They believe in it! It makes them relevant! They do not want it changed even if they pay lip service to the contrary! The implication of all these is that if we do not quickly start to reorder the country’s priorities, now, by bringing good heads together on a round table to sincerely do this, we will soon, irretrievably, sink further into the current mess that already clearly possess the potential of serving as viable precursor to other worse catastrophic scenarios in the future.

Continuous discussions and brainstorming are necessary, among the stakeholders constituting the union called Nigeria, for smooth running of civilian governments that are claiming, now, not to be autocratic. However, on behalf of those that are weary of always reinventing the wheels in this country, we want to ask: Where are the reports from the (i) National Conference of 2014 and (ii) All Progressives Congress Committee on restructuring of 2018? Can we, objectively, look at the contents of these documents perhaps we may gain time through this? We are daily running out of time in getting ourselves out of the current mess particularly the widespread insecurity, we have found ourselves confronted with. Yes, the country has been pulled back, severally, in the past, from the brink of total collapse. However, Nigeria will be pushing its luck too far this time around if the insecurity challenge is left insurmountable, as it is.

How can there be any meaningful investment and forward developmental strides in a place where peace, security and tranquillity are not assured? Can there really be peace, security and tranquillity without equal rights, equity and justice? These are questions requiring sincere answers. Insecurity, like other societal maladies in Nigeria of today, is getting progressively institutionalised against expectations. Governments, seemingly confused, have lost steam in tackling this behemoth that is increasingly violating both the integrity of the boundaries delineating the territory the Nigerian State superintends over and sovereignty of the State itself. For instance, all the highways have been left for mere mortals like us to ply, as some state governors and other ‘big men’, with their retinues of security escort, have been attacked by daredevil criminals on those highways. Nobody is insulated from being kidnapped!

Pervasive fear exists everywhere in Nigeria, a country with governments invested with powers to protect citizens. Hardly do people now sleep with their two eyes closed. Criminalities are perpetrated, smoothly, by ‘unknown gunmen’ irrespective of availability of the intelligence arm of the country’s security apparatus. As pointed out earlier, those in government believe they have monopoly of knowledge concerning government and governance. Whenever contrary opinions are espoused, instead of looking at the message and not the messenger, they resort to propaganda, blackmail, smear campaign and mud-slinging. This is not unexpected as they see their offices and themselves as the same! Political mud-slinging, as a government policy, is a surreptitious way of informing the unsuspecting populace that they – politicians in power and many of those aspiring to take over from them – are bereft of cogent ideas necessary for spurring development and galvanising the citizens toward being patriotic to the country.

It is said, and we believe, that ideas rule the world but as a people, we have not been able to interrogate and vehemently resist those negative ideas, restraining this potentially great country from moving towards developmental ideals. These negative ideas are domiciled in the heads of those currently referring to themselves as Nigerian leaders. We will be telling an unfairly incomplete story of the complicity of the followers, especially “the wretched of the earth”, as Frantz Omar Fanon (1925–1961) refers to them, in contributing to, and sustaining, the putrid rot we find ourselves in is unacknowledged.

We cannot be doing the same thing(s) always and be expecting different result(s). The same strategy will always give the same outcome. Thus, we have to change our ways of doing things even right from the family level. If those that are referred to as ‘leaders’ cannot give effective leadership because they refuse to change their ways for the benefit of the greater majority then they do not deserve to hold the positions being ascribed to themselves. If they continuously want to enslave the citizens, then a shift from the rotten old-order to carefully distilled new-order, as we have always advocated, will be inevitable.

We know, undoubtedly, that the old order and those associated with them are not ready to change their ways so they must be flushed out, not through any “forceful and undemocratic change of leadership” but, through well-coordinated, transparent, free and fair elections. We always hear that there are more people outside government waiting to steal in government than those currently stealing there! This is shameful and pitiful! It is largely linked to the lack of strong institutions. The time has long arrived for those with good intentions for Nigeria to come forward and join hands in rescuing it from the claws of the ‘hawks’ holding it to perpetual ransom. We are not seeking another kettle of ‘hawks’ to replace the ones being condemned now. Not at all! We are clamouring for a new order that is being eagerly awaited to form the desired critical mass for positive transformation. We are convinced that this is not unrealisable.

Charles Igbinidu is a Public Relations practitioner in Lagos, Nigeria
@https://twitter.com/ionigeria
Previous Anger after notorious mafia killer of over 100 persons is released from prison
Next Iran’s largest warship the Kharg sinks after catching fire in Gulf of Oman 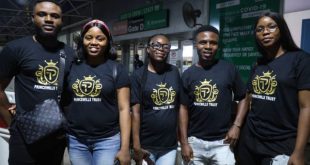 A Trip to the Pool of Opportunities: Deborah Dagogo recounts how it all started

Spread the love “The entrepreneur always searches for change, responds to it, and exploits it as …