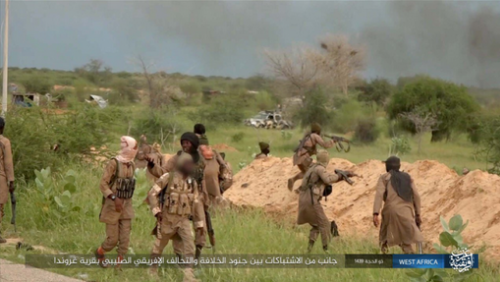 A witness told Premium Times that members of the group, believed to be from Niger Republic, are in possession of assorted weapons, preaching Islamic teachings, forcefully collecting alms (zakat) and flogging defaulters.

He stated that though members of the terror group are yet to be identified by name, and have been in the area for more than two months, they are allegedly recruiting youth in a nearby bush. After ‘training’ them, they give them a motorcycle, he said.

The witness, who pleaded anonymity, said members of the group are more than 200.
He said they looked strange, spoke Arabic and wore turbans over their heads.

“They imposed compulsory levies on each household with cows and rams. Those with cows are paying N500 and those with ram are paying N200,” he said. “They are arresting and fining herdsmen who encroach on farmlands and are keeping the money.

“They are operating freely, scaring residents, without being challenged. They are going from one community to another,” the witness said.

The border communities of the two countries inter-marry and are identical and speak the same dialect.

The Sokoto State police commissioner, Murtala Mani, told Premium Times on Friday that he was on his way to the area and would call back later in the day.
The spokesperson for the state government, Abubakar Shekara, confirmed the report but said he could not provide further comments.

Previous As A Man United Fan, I’m Envious Of Chelsea – Tinubu
Next EFCC Nabs Lebanese With Over $2million Cash At Abuja Airport