Home / Life and Style / Pandora Papers: How Oyedepo Set Up Company For Wife And Kids In Tax Haven 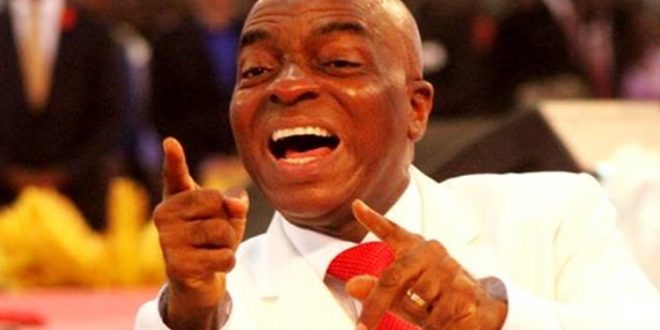 Pandora Papers: How Oyedepo Set Up Company For Wife And Kids In Tax Haven

After Chris Oyakhilome of Christ Embassy and the late Temitope Joshua, the founder of Synagogue Church of All Nations, David Oyedepo, the founder and general overseer of Living Faith Church Worldwide, is the latest Nigerian mega-preacher found to have set up a family offshore company in the British Virgin Islands.

Premium Times reports that Oyedepo’s name popped up in the Pandora Papers reporting project led by the International Consortium of Investigative Journalists (ICIJ).

Former Governor of Anambra State and Vice Presidential Candidate of the Peoples Democratic Party, Peter Obi, Governor of Kebbi State, Atiku Bagudu and that of Osun State were the other prominent Nigerians that have been exposed in the tax haven scandal.

According to the report, Oyedepo in August 2007 contracted the services of Business Centrum Limited, a London-based agent, to help him set up a company in the infamous tax haven for him and his immediate family members.

“Business Centrum subsequently subcontracted Trident Trust Group, one of the world’s leading secrecy enablers and one of the most notorious providers of offshore corporate and financial services.

“Although the directors of the company are Mr Oyedepo and his two sons – David (junior) and Isaac, every member of Mr Oyedepo’s family are listed as shareholders.

“Mr Oyedepo and his wife, Faith, are the largest shareholders with 30 percent of shares each.

“Love and Joy – the two daughters of the cleric – were similarly given 10 percent shares each.

“The documents did not reveal the exact businesses and transactions the offshore company was set up to conduct. The entity however appears to be the family’s investment vehicle under which the family’s wealth is warehoused for offshore management,” the report read in part.

Daily Trust reports that the Pandora papers is the third of its kind where international media reports on the acquisition of offshore assets have listed Nigeria’s most prominent public officials.

The reports of Panama and Paradise Papers have also followed a similar pattern where Nigeria’s wealthy and influential persons in political, business and religious circles where ‘exposed’ on how they used offshore secrecy vehicles, not only to siphon funds but to avoid tax.

While the cache of documents did not reveal what type of business the company was set up for, some of the documents revealed that the company was still active at least as recently as 2016 when Trident Trust filed a resolution of the company’s board revalidating its list of directors.

Meanwhile, Mr Oyedepo, who felt “insulted” by his $150 million valuation by Forbes Magazine in 2011, is one of the main proponents of prosperity gospel in Christendom and encapsulates this by his myriad of entrepreneurial endeavours.

Philippians 4:19 reads: “And my God will meet all your needs according to the riches of his glory in Christ Jesus.”

Recently, while reacting to reports that some of the church’s pastors were sacked without benefits, Mr Oyedepo, who described the sacked pastors as “unfruitful” and “blatant failure”, said his church had never lacked money.

“Money? Nonsense! We’ve never lacked it and yet we’ve never prayed for it. We are just simply obeying God and he is backing up what he asks us to do.”

“Obedience will turn you to a living wonder. Just obey God. Have you seen us raise a prayer point of Oh God send us money?,” he asked later during the speech.

Outside his evangelical work, he is mainly known as the founder of one of Nigeria’s most expensive universities, Covenant University. He also owns Landmark University, in Omu-Aran, Kwara State.

Mr Oyedepo is also known for his acquisition of at least four private jets which includes, a Gulfstream V jet, said to be worth at least $30 million, two other Gulfstream planes and a Bombardier Challenger aircraft, which he operates using another of his companies, Dominion Air Limited.

Dominion Air Limited was set up in 2005 and his second son, Isaac, is listed as one of its directors.

Mr Oyedepo is also the owner of Hebron Oil Limited and a slew of other businesses mostly located in his Canaanland estate in Ota, Ogun State.

PREMIUM TIMES had in 2013 reported how Chris Oyakhilome, one of Africa’s most popular pastors, secretly incorporated Gmobile Nigeria, Limited, an offshore company for his family in the British Virgin Islands.

A business associate of the pastor told this newspaper at the time that some directors in the company held shares on behalf of the pastor’s daughters, Sharon and Charlyn, who were then teenagers.

The shareholders listed in the documents included Oyakhilome’s wife at the time, Anita; another pastor in his organization, Thomas Amenkhienan; a business associate, Aigobomian Inegbedion; and another British Virgin Islands company, GTMT International Group Limited.

In 2016, another popular pastor, T.B. Joshua, was also exposed for secretly setting up an offshore business entity.

Files obtained by PREMIUM TIMES from the massive leaked data of a Panamanian law firm, Mossack Fonseca, had shown that Mr Joshua and his wife, Evelyn, owned Chillon Consultancy Limited, a company incorporated on June 20, 2006 at the British Virgin Island (BVI).

Both owners owned one ordinary share each, although the company, with registration number 1033675, was authorised to issue a maximum “50,000 no par value Shares of a single class.”

The pastor died on June 5, this year, and his wife has been battling some congregation members over the management of the church’s assets.

Charles Igbinidu is a Public Relations practitioner in Lagos, Nigeria
@https://twitter.com/ionigeria
Previous British Airways tells pilots and cabin crew not to refer to passengers as ‘ladies and gentlemen’
Next Only God Can Take Life, Says Tinubu 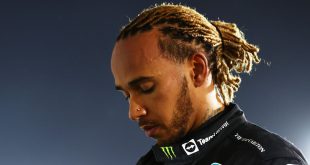