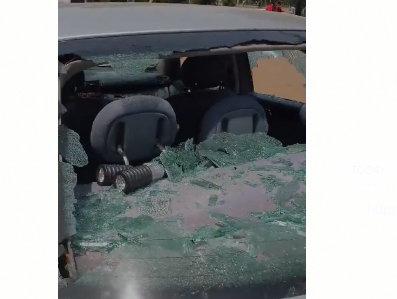 Pandemonium as #ENDSARS protesters are attacked in Abuja

There was pandemonium in the Federal Capital Territory (FCT) Abuja on Wednesday as #ENDSARS protesters were attacked by other groups against the campaign.

Several persons were injured and vehicles vandalised as the invasion of the new groups led to a clash at the popular Berger Roundabout in Abuja.

Look at what the hired thugs did at Berger in Abuja. They came with batons, disrupted the #EndSars protest and destroyed property. #EndSWAT pic.twitter.com/7KFugpT2gS

It was chaos as people scampered for safety and tried to defend themselves as the invading groups attacked the protesters with sticks and machetes, destroying vehicles and anything on their path

The situation held up vehicular traffic and business activity across the nation’s capital.

Armed policemen and other security agents who were around could not contain the situation.

Youths march in support of Buhari, IGP in Abuja

A group under the auspices of Coalition of Civil Society organisations has applauded President Muhammadu Buhari and the Inspector General of Police (IGP), Muhammed Adamu for disbandment of the Special Anti-Robbery Squad (SARS).

At a rally in support of police and other security agencies which took place at the Unity Fountain, Abuja, the coalition condemned the continuation of the #ENDSARS protests across the states. 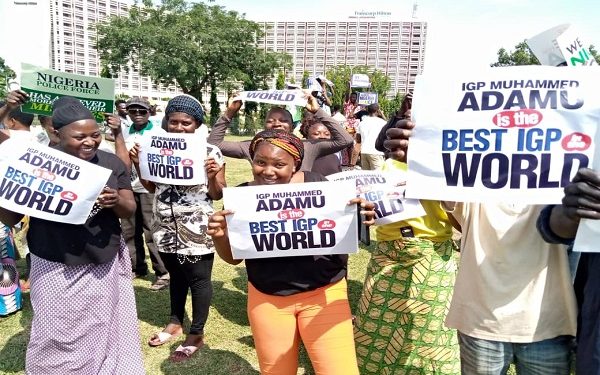 Chief Convener of the Coalition, Comrade Olayemi Success, described the actions of the protesters as “totally uncalled-for and unacceptable, originally, the protest was ill conceived as the advantages and usefulness of SARS in curbing crimes in Nigeria overwhelmingly outweighed their few mistakes, therefore, such protests can be highly demoralising”.

Olayemi added: “Today, we the leaders of different Civil society organizations are gathered here from far and near with some of our members from every nook and cranny of Nigeria in solidarity with our security agencies especially the Nigeria Police force, recently, we are all aware of pockets of protest demanding for the scrap of Special Anti- Robbery Squad (SARS). 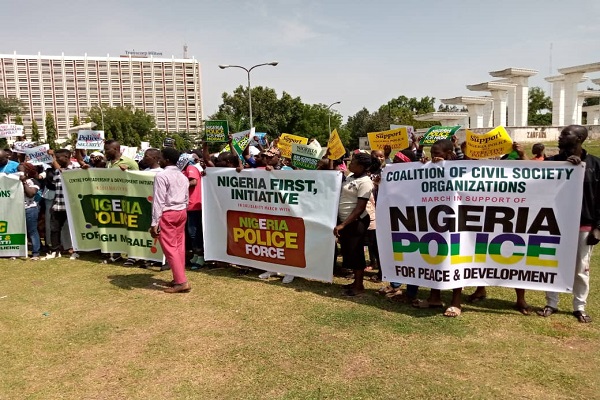 “The Inspector General of Police (IGP) in display of his 21st century Police officer’s compliance, highest level of professionalism and best regards for Democracy yielded to the call and disbanded the SARS, surprisingly, the protesters still continue with their trade of protest.

“In view of the above, this solidarity march is very important to boost the morale of the police men and women, for them to know that well -meaning Nigerians appreciate their sacrifices in securing Nigeria, we are convinced that Police is our friend and everyone that sees police as enemies are suspects.

Charles Igbinidu is a Public Relations practitioner in Lagos, Nigeria
@https://twitter.com/ionigeria
Previous Nigeria may shut down internet as #EndSARS protests continue
Next PDP Governors calls for repeal of a section of new Police Act which violates the constitution