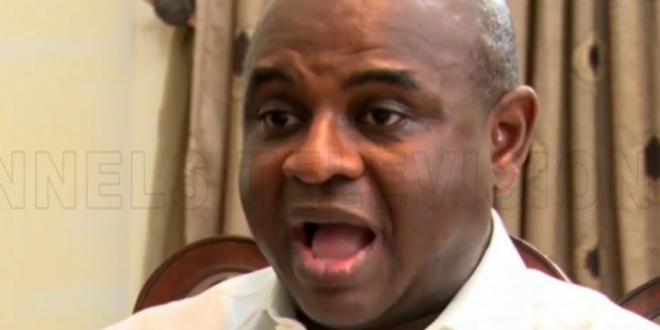 In what appears to be a U-turn after participating in the election of a consensus candidate, Kingsley Moghalu, a presidential aspirant under the Young Progressive Party (YPP), has expressed dissatisfaction with Fela Durotoye’s candidacy, insisting that he is still in the race.

He made this known on his Facebook page on Thursday night, while informing his supporters nationwide that he is pressing ahead with his plan to contest the 2019 presidential election.

The election, which was monitored and observed by Oby Ezekwezili, Nigeria’s former Minister of Education, was conducted behind closed doors at the Chelsea Hotel, Abuja, on Thursday.

Moghalu, however, left the venue of the event, when Ezekwezili was about to announce the results of the election.

Making his position known, he stated that “PACT did not produce a truly consensus candidate”.

Below is the full text of his statement:

This is despite the arrangement for a consensus candidate among the young presidential aspirants under the aegis of Presidential Aspirants Coming Together (PACT), which today produced an outcome that has left many Nigerians expressing surprise and disappointment.

The reasons I have pulled out of the PACT arrangement are as follows:

1. The arrangement had unravelled even before the final selection of the consensus candidate. Only seven aspirants participated in the final voting out of the original 18 aspirants, mainly because many of the aspirants had withdrawn from the process. Four candidates who were present in the meeting this morning withdrew from the process even while the voting process was ongoing. Therefore, PACT did not produce a truly consensus candidate.
2. Clause 13 of the PACT Memorandum of Understanding asserts the supremacy of the constitutional rights of the aspirants to pursue their political aspirations.

I therefore have chosen to continue without distraction to pursue my vision in the presidential race for 2019 in the national interest and in deference to the overwhelming outpouring of support for my candidacy from all parts of Nigeria.

I will remain focused on the objective of providing a competent leadership that will help unite our country and build a nation, wage a decisive war against poverty and unemployment, and restore respect for Nigeria in the society of nations. It is my humble and well-considered view that the Office of the President of the Federal Republic of Nigeria requires competence and experience in these three vital areas.

Previous Lady Raped, Murdered In Katsina
Next PACT Debacle: Reno Blasts Moghalu, Durotoye Says They Are Not Better Than Those They Condemn