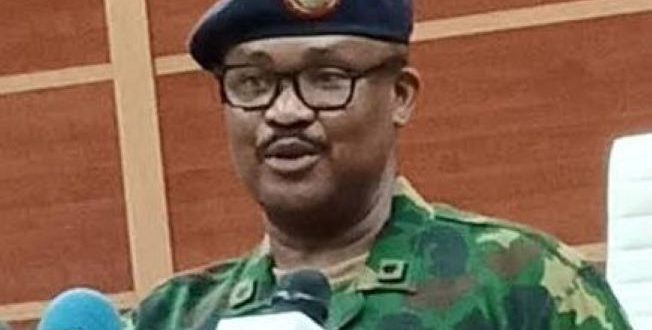 ‘Over 40 bandits’ gunned down in the North West – military authorities

Over 40 bandits have been gunned down in the North West, according to the military authorities.

He spoke at the Defence Headquarters, Abuja, while giving updates on the activities of troops across all theatres of operations between October 1 and October 13.

The senior military officer, who also revealed how several structures which served as bandits’ logistics bases were destroyed, explained that the operations became imperative in order to ensure that impending security threats are forestalled across the country.

According to him, within the two weeks under review, using a force package of NAF platforms, multiple air strikes were executed on bandits’ enclaves in successive passes in different locations.

He said, “In the same vein, several armed bandits were neutralised and their hideouts destroyed during air interdiction missions executed at some other locations. The success of the air interdictions was confirmed by battle damage assessment carried out on these locations.”

Also speaking on the recently launched military exercises running concurrently in the South West, South-South, South East and North Central Zones of the country, Onyeuko said the military high command has resolved to checkmate all forms of security vices as the yuletide season approaches.

Daily Trust reports that the exercises were flagged off by the Chief of Army Staff, Lt.-Gen. Faruk Yahaya, October 4, 2021, at three different exercises of the Nigerian Army at Ovie-Emene in Enugu East LGA of Enugu State.

The exercises codenamed GOLDEN DAWN, ENDURING PEACE and STILL WATER are running concurrently precisely in the 2 Division, 6 Division, 81 Division and 82 Division of the Nigerian Army.

Charles Igbinidu is a Public Relations practitioner in Lagos, Nigeria
@https://twitter.com/ionigeria
Previous Kim Kardashian buys Kanye West out of their marital home for $20 million IN CASH as they proceed with divorce
Next Chief of Defence Staff General Lucky Irabor Confirms Death Of ISWAP Leader, Al-Barnawi