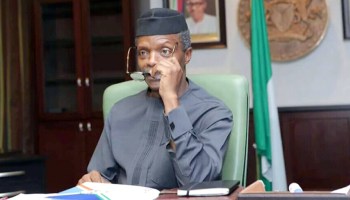 Osinbajo Sacks 2 ICPC Board Nominees Over Allegation Of Corruption

The Nigerian Presidency on Sunday, August 6, announced the sack of two new board nominees of the Independent Corrupt Practices and other offences Commission (ICPC) appointed by the Acting President Yemi Osinbajo last week.

The Presidency said the nominees were being stepped down over the ongoing investigation by the commission which presents a conflict in their appointments.

In a tweet by the spokesperson to the Acting President Laolu Akande, the presidency said, although basic check showed no court convictions against the appointees, the present administration must do the needful amid weighty petitions leveled on them.

Akande said: “We are stepping down 2 of the new ICPC board nominees who have ongoing investigation issues with the commission as this presents a conflict. 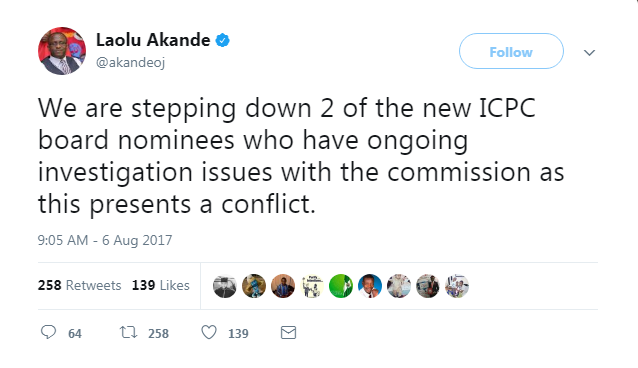 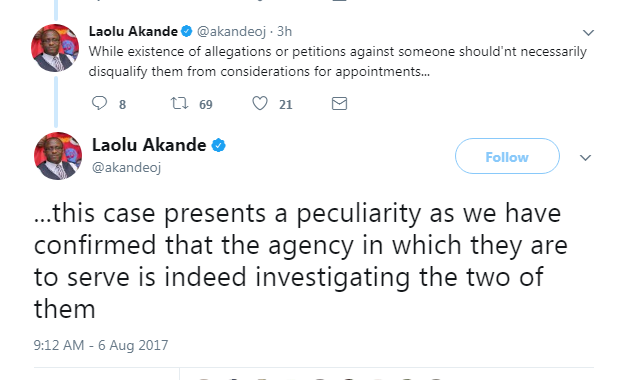 Wife of Gov Akeredolu’s Chief of Staff kidnapped in Ondo

Spread the loveBARELY 24 after a first-class traditional ruler was murdered in Ondo, the wife …