The inauguration took place at the commencement of the weekly meeting of the Federal Executive Council held inside the Council Chambers of the Presidential Villa, Abuja.

Stephen Ocheni and Suleiman Hassan were sworn in in May, several weeks after they were confirmed by the Senate, due to President Muhammadu Buhari’s absence.

‎Mr. Ocheni will fill the vacuum created by the death of James Ocholi who hailed from the same state, Kogi State. He is to resume as Minister of State in the Ministry of Labour and Productivity.

Suleiman Hassan who was appointed to fill the Gombe State slot will resume as Minister of State, Power, Works and Housing. 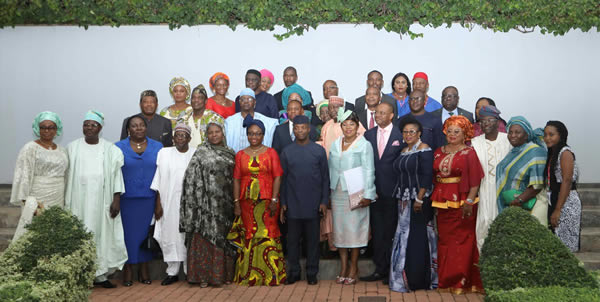 Previous It Is Wrong To Think That My Predecessor, Peter Obi, Made Me Governor- Willie Obiano
Next President Buhari Turned Back A Govt Official Who Undermined Osinbajo By Coming To See Him In The UK- Garba Shehu