Osama bin Laden’s son Omar has reportedly taken up painting as a method of coping with lockdowns introduced to curb the spread of COVID-19.

Omar, the 39-year-old fourth son of the former Al-Qaeda leader, lives in Normandy in northern France with his wife Zaina, a painter from Cheshire in the UK.

His creations including vivid depictions of the US, a country he has never visited and against which his father waged a terrorist insurgency for many years, including the 9/11 attacks, culminating in his assassination in 2011. 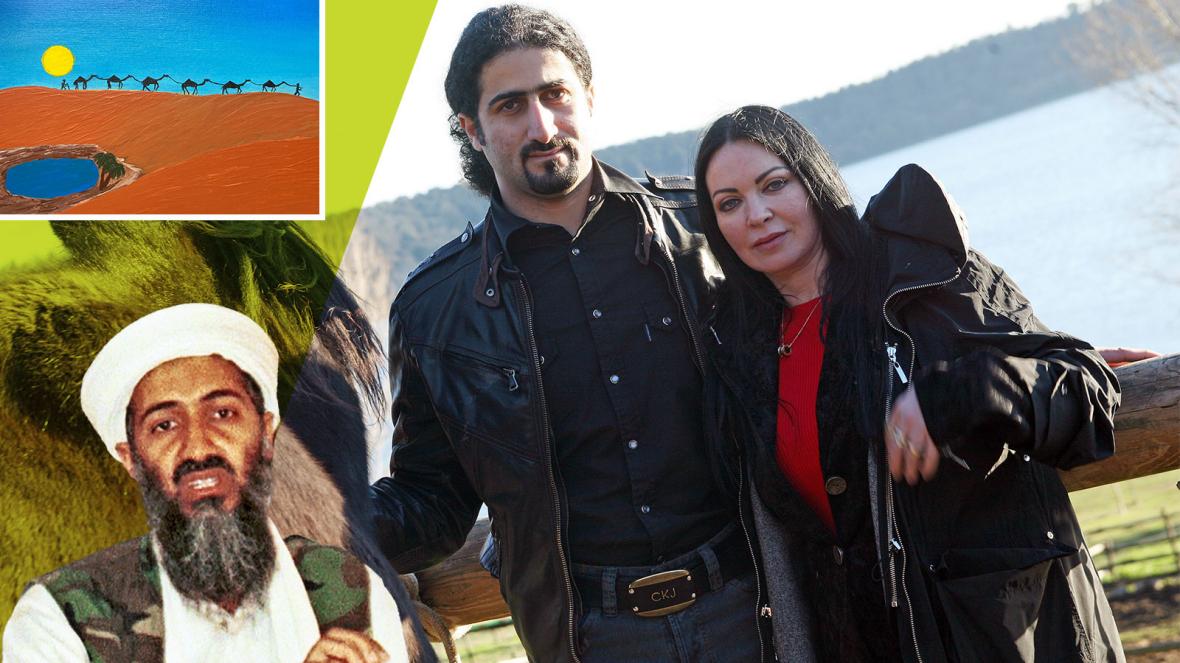 Omar bin Laden, son of Osama, with his British wife Zaina in 2008. His lockdown paintings include a desert scene

Omar’s works also include landscapes of the mountains of Tora Bora in Afghanistan, where his father hid from US forces for many years.

He told Vice News that he had suffered for many years with post-traumatic stress disorder, following a childhood that saw him uprooted from his family home outside Jeddah to resettle in Sudan and war-torn Afghanistan as his father pursued his campaigns.

Omar later rejected his father and left Afghanistan following his experiences of the conflict there.

“I want the world to learn that I have grown; that I am comfortable within myself for the first time in my life; that the past is the past and one must learn to live with what has gone by,” he said. “One must forgive if not forget, so that one may be at peace with one’s emotions.”