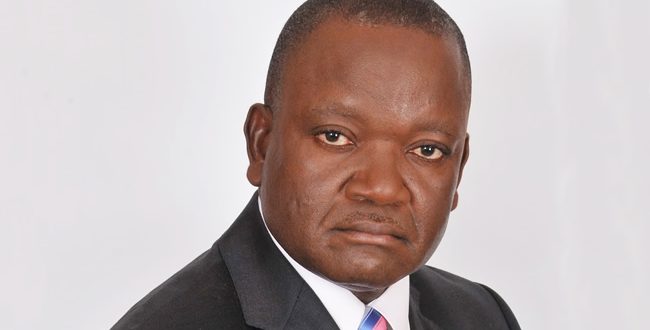 Two former aides to Benue State Governor, Samuel Ortom; and one-time governorship aspirant under the ruling All Progressives Congress, led about 2,000 members of APC to defect to the opposition Peoples Democratic Party in Benue South senatorial district on Monday.

The former aides are: Senior Special Assistant on Youth Mobilisation, Anthony Ada, a.k.a ‘Tony Trigger;” former special assistant to governor on legal matters and ex-caretaker chairman of Okpokwu local government under APC, Chris Idu; and Hellen Ode, a gubernatorial aspirant in the 2015 elections.

The ceremony, which held at Okpoga, headquarters of Okpokwu Local Government Area of Benue State, witnessed hundreds of members who had decamped to the APC from PDP at the inception of this administration, return to PDP again.

Presenting them to the party, former Minister of Interior, Abba Moro, said the returnees had discovered that they were deceived into joining the ruling party.

“I said it during the re-run election in this senatorial district when many people I always refer to as ‘Food is ready politician’ left the PDP to join the ruling party.

“But today, they have discovered that the party in power is deceitful, all eyes have seen it with the manner the people of the state have been impoverished and they have decided to leave the comfort zone to come back to suffering zone so that tomorrow will be better,” Moro said.

Receiving the defectors, state chairman of PDP, John Ngbede, said, “It is good these people realised their mistakes and retraced their steps back to PDP.”

Ngbede noted that the returnees had become members of PDP family and promised that the party would not discriminate against them.

In a swift reaction to the development, the state chairman of APC, Abba Yaro, described the defectors as “a bunch of irrelevant people who cannot effect the success of APC in 2019.”

“They are a bunch of irrelevant people, some of them were chairmen of local government councils, they were all in PDP, so let them go back,” Yaro declared.

Previous I’m Under Pressure To Contest In 2019 – Jonathan
Next We’ll Die With You If You Come, IPOB Warns Buhari Ahead Of His Visit To The South East