Home / News / Politics / Ortom to Atiku: Benue people are not happy with you 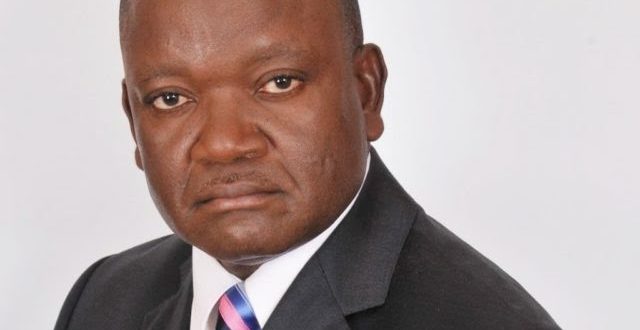 Ortom to Atiku: Benue people are not happy with you

Governor Samuel Ortom of Benue state, Sunday told former Vice President Atiku Abubakar that Benue people are not happy with him because he abandoned them when they came under the siege of Fulani herdsmen.

The Governor said the people of the state had expected the former Vice President to stand with the Tiv people who honored him with the Zege Mule Tiv being one of the highest Chieftaincy titles in Tiv land but when they needed a shelter he was not there for them.

He said, ”I want everyone to understand that the challenge we have here today in Benue state is not about the Tiv and the Fulanis.

“In the past, former President Alhaji Shehu Shagari was a Fulani, and in Benue state alone we had three Ministers and several other appointments. We also related very well, we had no issues.

“When President Yar’Adua came, we saw a visionary leader within the little time we had with him, we saw that he meant well. He ensured that there was equity, fairness and justice. He ensured that Benue got the best.

“We will not forget when you a Fulani man were the Vice President, you gave support to our people and our leaders.

But when our state came under siege and we did not see you, we were not happy, I must tell you this.

“This was a time we needed a shelter over us. If you go to the Internally Displaced Persons, IDPs, camps you will discover that they are being bitten by the sun because of lack of shelter. But we thank you for coming today because it is said that it is better late than never.

“I still want to repeat that we are being terrorized and harassed by Fulani terrorists who are not from this country. I am aware and I know from my research that the Fulani Nationalist Movement, FUNAM, and Miyetti Allah Kautal have claimed responsibilities for the attacks we suffered and I have persistently asked the President to disband them because they are dangerous.

“Even when our people were killed on New Year’s Day of 2018 they came out and took responsibility. The other one in MACBAN, those ones are soft and friendly; they adopted our ranching law but asked for more time.

“I must state that our ranching law is not targeted at Fulani or any ethic group group whatsoever, it is a win win for all. It sanctions those into open grazing and also sanctions those who rustle cattle.

“As I talk to you there people who rustle cattle including, Tiv, Idoma, Igede and even some of my kinsmen who I ordered to be arrested when they went to rustle sheep and cattle. They are all in detention as we speak. So we are not targeting any ethnic group. We all know that globally open grazing is not accepted, but ranching is the accepted practice.

“The challenge is the failure of the Federal Government to take decisive action against the Fulani groups like FUNAM and Fulani Kautal Hore.

“I must let the whole world know that I have nothing against the Fulani because the best of my friends are from Fulani group. In my government I have Fulanis and the law is not out to harass anyone.”

In his response, Alhaji Atiku who explained that he was unable to visit the state in its trying times because he was out of the country for further studies donated the sum of N50million for the upkeep of the IDPs in the state.

While condemning the killings in the state, the former Vice President said he had issues with the way the entire Fulani race was profiled in the course of the crisis as violent people but admitted that he had reconciled with Governor Ortom for the clarifications he had given.

“On a daily basis the membership of the party is increasing in Benue state and it goes to show that the Governor is doing well as leader of the party in the state,” he said.