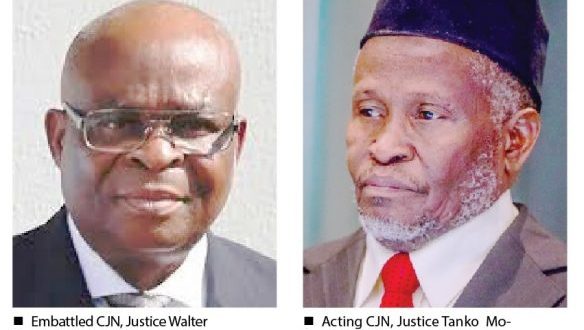 The Senate has ordered the discontinuation of the case it filed at the Supreme Court on the suspension of Hon. Justice Walter Nkanu Onnoghen.

This followed the intervention of the National Judicial Council on the issue.

In a statement signed by Yusuph Olaniyonu, Special Adviser to the Senate President, the Senate announced that it has decided to give the NJC intervention a chance.

“The Senate has therefore decided to discontinue the case it filed in the Supreme Court.

“It should be noted that the case has been slated for hearing tomorrow (Tuesday, February 5th).

“This decision also affirms the confidence of the Senate in the ability of the NJC to successfully and creditably resolve the issues,” the statement added.