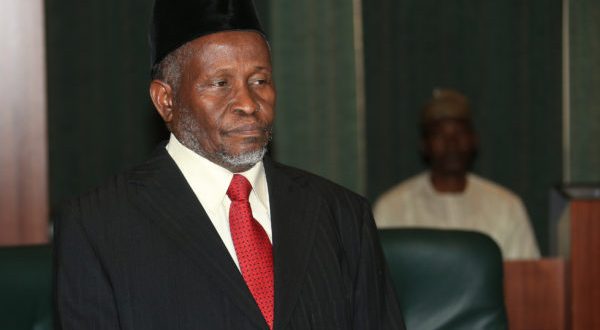 Mr Olu Onemole, an Aide to the President of the Senate Dr Bukola Saraki, has said that the decision of the Senate to go to court over Onnoghen was supported by majority.

Onemole, Special Assistant to Saraki on New Media, said on twitter that the senate got the support of majority of the members of its leadership before going to court.

He explained that the leadership of the Senate comprises 10 members, stressing that majority of the 10-member leadership gave their consent for the upper legislative chamber to approach the court.

“The Senate President got the support or consent of a very good majority of the ten on the need to seek interpretation from the apex court,” he wrote.

The Nigerian Senate has cancelled its plan to hold an emergency session on Tuesday over the suspension of the Chief Justice of Nigeria, Walter Onnoghen and instead approached the court to challenge the action.

Media adviser to Senate President Yusuph Olaniyonu in a statement said: “the Senate filed a case in the highest court of the land, the Supreme Court, seeking its interpretation on whether President Muhammadu Buhari acted within the provision of the constitution in his suspension of the Chief Justice of Nigeria (CJN), Hon. Justice Walter Nkannu Onnoghen or whether the action of the President does amount to usurpation of the powers of the Senate as provided for in Section 292 of the constitution.

“Following the filing of the case, the matter of the suspension of the CJN which is the main issue for which the Senate had planned to reconvene tomorrow, has become subjudiced”.

However, in a press briefing later on Monday, the Leader of the Senate, Ahmed Lawan said that the decision to go to court was not that of the majority of the Senators.

Lawan, the leader of the APC in the Senate said that the senators of the All Progressives Congress (APC) were not part of, and are not in on the decision to go to court.